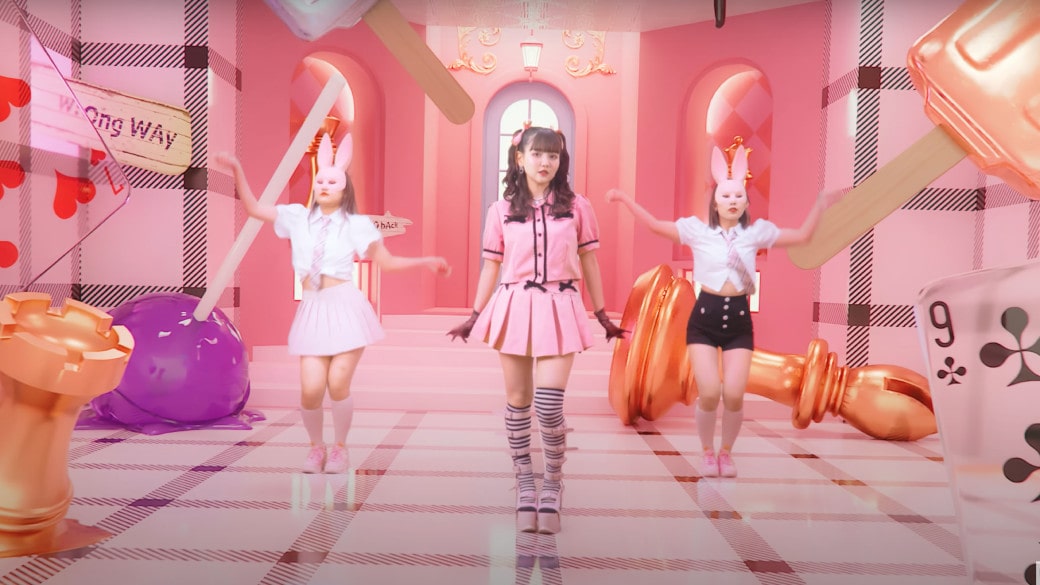 Today we're hearing about the work of Ray Wakui and how he's working to scale up the use of visual effects within the Japanese and K-pop music video industry using Blender, Cycles, and GarageFarm's cloud render farm service. Ray is a VFX artist, video director, and musician passionate about developing high-quality, 3D-driven video productions. Alongside his video team, VeAble, Ray specializes in synthesizing live-action production and computer graphics to create some stunning visual images. If you're like Ray and also interested in trying out GarageFarm, visit our blender render farm to access $50 of free Blender render farm credits.

Ray has worked in the industry for seven years as a video producer and artist. He started in the industry by creating music videos for his band until 2018 when he branched off into producing for other artists.

‍"...Starting around 2018, I started producing music videos for other artists. [Then] around the end of 2019, I decided to use 3DCG for my band's music video and started using Blender, which is how I entered the world of CG production…."

Since then, Ray has specialized as a music video producer creating projects that interweave live-action footage with 3D visual elements, including character animations, virtual environments, and even toon-shader effects by involving other artists as needed. Most recently, Ray won the Excellence Award at the VFX-JAPAN Award 2022 in the Promotion Video Category for the work on Everything lost for his own band, THE SIXTH LIE.

‍"I work as a VFX artist and video director. I specialize in technology that synthesizes live-action and CG (live-action synthesis), and I have produced many music videos and commercials using green screens. I was fascinated by the image of K-pop that continuously transitioned the world, so I established the team with the goal of creating K-pop videos.... Depending on the project, I sometimes collaborate with animators and illustrators to create backgrounds in 3D using toon-style shaders."

‍"We established the video team "VeAble" in-house with the goal of expanding K-pop music video production with the power of VFX. We are still a small team of only a few people, but we are working on directing images without limits on the number of art sets and backgrounds we use."

Ray uses Blender and Blender's raytraced renderer Cycles for all 3D elements in his productions and uses After Effects for compositing. The most recent project Ray worked on was for Noah Sato's music video LADYBUG. The music video combines classic pop style with colorful, virtual environments composited into the footage.

Ray used GarageFarm's render farm service for the first time on this project. He used the renderBeamer plug-in for Blender to render four primary visual effects sequences in the music video for a total of 343 frames. According to Ray, the process was smooth and painless. Common issues like linking models, materials, and scenes from external files posed no problems for him.

‍"At first, I was worried about setting it up while reading the explanation in the guide, but once I set it up, I could proceed with rendering without any problems. I can do other work while the render is running, so even working with only one GPU, it was efficient without unnecessary waiting time."

‍"Also, when rendering video production projects on my PC, I often render in the middle of the night or when I have free time, so it was difficult to calculate the man-hours, so clear cost estimation was also helpful for business."

A common drawback for raytraced renderers like Blender's Cycles render engine is the high-compute need for rendering glass and other highly reflective surfaces. According to Ray, using a render farm service allowed him to increase samples without sacrificing time or render quality.

‍"Blender's Cycles renderer is still not very good at expressing glass textures and reflections, and in some cases, it was necessary to use a large number of samples in order to express things properly. However, when I tried using a render farm this time, I found that even if the number of samples was considerably increased compared to rendering locally, it could be rendered in an overwhelmingly short time. It also helped improve quality."

Despite many recent trends toward real-time rendering and the promises of the metaverse, Ray believes there's work to be done in the field of ultra-realistic 3D rendering. The work Ray has done in the music industry shows that the demand for quality over quantity still remains true. New technologies like deep learning, AI and photogrammetry, Ray hopes to take realism to new levels.

‍"I'm attracted to CG that has a realistic atmosphere, texture, and smell, so I'd like to see more CG content that pursues the ultimate in realism, unlike real-time CG or the metaverse…In live-action compositing, I try to match the lighting as much as possible at the time of shooting in order to make the person blend in with the background CG, but the lighting in the real world and the lighting in the 3D never perfectly match. I'm interested in any technology that could solve this [like some recent research has tried to do]

On top of this, he's continuing to watch the process of open-source software like Blender that allows artists from all backgrounds to access next-generation creation tools.

‍"I also believe that open source programs like Blender will transform CG into an individual-based technology."

As for Ray and VeAble, they are looking to expand their work into K-pop further and learn more about how they can take influence from South Korean music videos to apply to their own work.

‍As a Japanese creative team, my goal is to be involved in more music videos for K-pop artists. I always want to learn more about how filming, storyboarding, etc., is done in South Korea. I was very interested in the case studies GarageFarm published on Breezetree and Plastic Beach, which do a lot of K-pop VFX production.

Ray's commitment to learning from other styles is demonstrated throughout his work. Each piece in his portfolio brings a unique flair that never seems to repeat itself over.

Thanks for sharing with us, Ray! To learn more about Ray's work, you can visit his website www.raywakui.com.