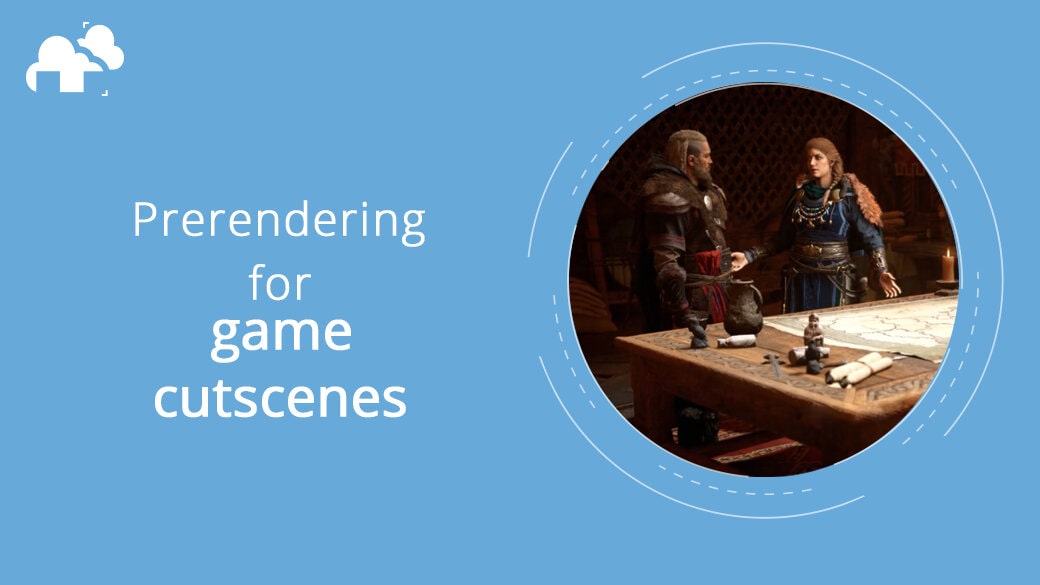 Why prerendering is here to stay in game dev

With the next-generation advances of in-game engine technology in the past decade, a wide range of real-time solutions has replaced many of the needs for baked and prerendered content. Does this mean there is no longer a place for prerendering in-game development? In short, the answer in most cases is no. In this article, we'll be digging into how and why prerendered game visuals are used and why they aren't likely to leave games anytime in the near future.

A short history of prerendering

Prerendered content is any content that has been rendered before a game's public release. This includes any in-game image or video sprites, video cutscenes and cinematics, or static elements of a game environment such as backgrounds or distant details that have been baked to 2D image maps.

Prerendered content has been a part of game development almost since the very first video games hit the market in the 1970s and 80s. Prerendered cutscenes, simulations, sprites, and other "baked" content are how many games like The Last of Us or The Elder Scrolls were able to become the instant classics that they are.

The 1980 release, Pac-Man, is well known for its snappy and humorous cutscenes that gave life to the 8-bit characters within the game. Cutscenes are the most common examples of how prerendered content is used in games. These days, it's hard to imagine game creation without thinking about cutscenes. Almost every major game release in the past twenty years has included some sort of cutscenes, be it prerendered, real-time, or a mixture of the two.

Other games utilize prerendered content for content that would otherwise be impossible to recreate in a game engine efficiently. A classic example is fire and water simulations, which often take too much computing power to render in real-time while maintaining good visual fidelity. Some games, like the Resident Evil series of the 1990s, relied heavily on prerendered content to generate full 2.5D environments and game levels.

So, why are cutscenes such a significant part of how games are created? The answer lies in the creative and technical challenges that game developers and designers must resolve. Cutscenes are often the best way to convey key plot points of narrative games and have the capacity to transform casual gameplay into a cinematic, purpose-driven game narrative. On the technical side, game developers have found that instead of leaving the user with a loathsome loading screen, cutscenes provide a perfect opportunity to hide the loading process off-screen while the user interacts with a cutscene.

Cutscenes or cinematics are the most obvious example of prerendered content in games. However, the way cutscenes are implemented is somewhat less obvious. With recent advances in real-time rendering, developers have a choice to prerender cutscenes, render them in real-time, or use a mixture of the two methods. The film-like cinematics of The Elder Scrolls would never be possible to render in real-time and are instead typically created in Maya or 3ds Max and rendered on a farm using a high-end ray traced renderer.

On the other hand, cutscenes that try to match the visual fidelity of gameplay are often rendered within the game engine to save on game download sizes. The choice between these options is a tradeoff between visual fidelity and game size; with prerendered footage, even those on low-end consoles and computers can enjoy top-tier graphics, but with real-time cutscenes, the player's hardware will limit the visuals.

The third option is to prerender the "real-time" graphics in-game on the high-end hardware and then display the footage as video cutscenes in the final game. This option is often used when game projects lack the funding to develop full-fledged externally produced cutscenes but still want to provide the best visuals possible to the player.

Prerendered videos are not always used exclusively for cutscenes either. Short "event scenes” are often intermingled into gameplay to add to a level's story without interrupting gameplay for a long cutscene. This kind of content is often seen in games like Assassin's Creed or RPG games.

In addition to rendered footage, prerendered content often takes the form of in-game sprites. Sprites are images or image sequences that can be rendered in 2D or 3D games in place of full 3D meshes. The advantage of sprites is that they have minimal impact on game performance due to their 2D nature.

For 2D games, often, the entire environment is built from sprites. But for 3D games, developers use sprites as either a level-of-detail option for distant objects or use them in areas where the player wouldn't notice their 2D nature. For example, a distant campfire asset can be rendered as a high-resolution smoke simulation in Maya before being converted to a 2D sprite sequence. Most game engines support sprites out of the box, and sprites can be found in almost any game if you look closely enough.

Although sprites are 2D objects, in some cases, they can be used in sets to build more complex environment elements such as skyboxes. Skyboxes can be made out of 5-6 sprite tiles to generate a game level's basic sky or distant environment. Skyboxes can be either a single prerendered image set or a set of prerendered image sequences for animated backgrounds. Skyboxes are often prerendered using a ray tracing renderer like V-ray or Corona before being converted for use in a game engine.

The use of prerendered content in games has long been a fierce topic of discussion for players and game designers in the past few generations of game releases. On the one hand, some players prefer all game content to be as interactive as possible. For these kinds of players, cutscenes and cinematics take the player out of the story and force them to be merely on watchers of the story rather than plotting their own path.

But on the other hand, other players and game designers see cutscenes and other prerendered content as the key to the modern, story-driven gameplay experience. After all, it's hard to imagine playing a game like The Last of Us without the essential story elements that its cutscenes add. As much as interactive gameplay is valuable, story guidance outside of traditional gameplay is sometimes needed to covey a game's plot points.

Another aspect to consider is that cutscenes allow greater control of a game's art direction. Mirror's Edge, for example, chose to use a completely different 2D style for its cutscenes to contrast the realistically styled 3D gameplay environment. Games like the Final Fantasy VII Remake choose to go in the opposite direction, hiring artists to create incredibly realistic visuals and flyovers and truly add a whole new layer to the game's world-building. In fact, the quality of cutscenes that some games include has led many fans to create entire "cutscene movies" by splicing a game's cutscenes and story together.

In the end, the choice of how or when to include prerendered content in-game falls on the story and gameplay goals of a game's developers. Out of place, a poorly timed cinematic or erroneously placed sprite can leave users feeling discontent. But when integrated well, a cutscene can add invaluable context and visual mastery to a game. This is why entire teams are often devoted to building the prerendered content of a game using external tools and render farm services.

Prerendered game elements have a journeyed past of pushing the limits of game technology to make the most of limited resources. Be it a cinematic cutscene, a massive in-game simulation, or simply the moving clouds of a skybox, prerendering game assets provide unique advantages that few other methods can meet. 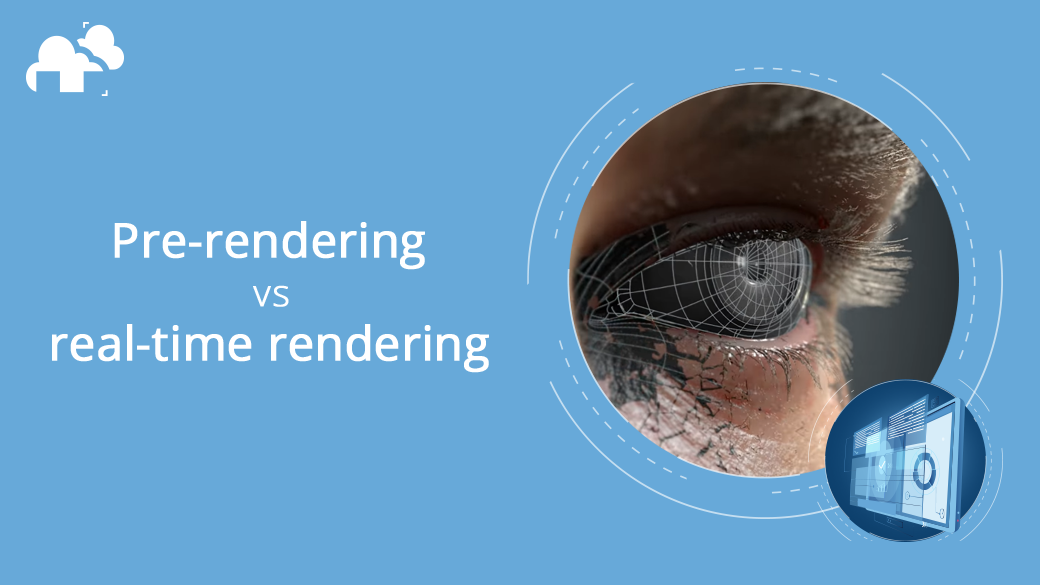 Learn about the differences and intersections between pre-rendering (also called offline rendering) and real-time rendering. 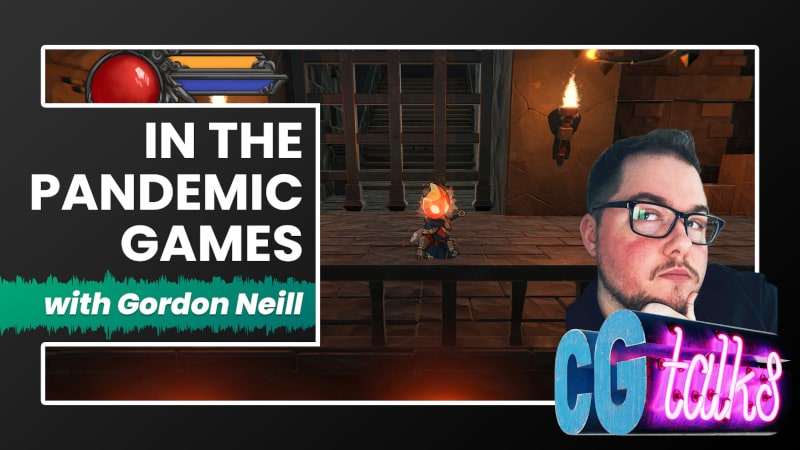 In this second part of the conversation, we focused specifically on the game development industry and how Neill got to work as an artist for games.