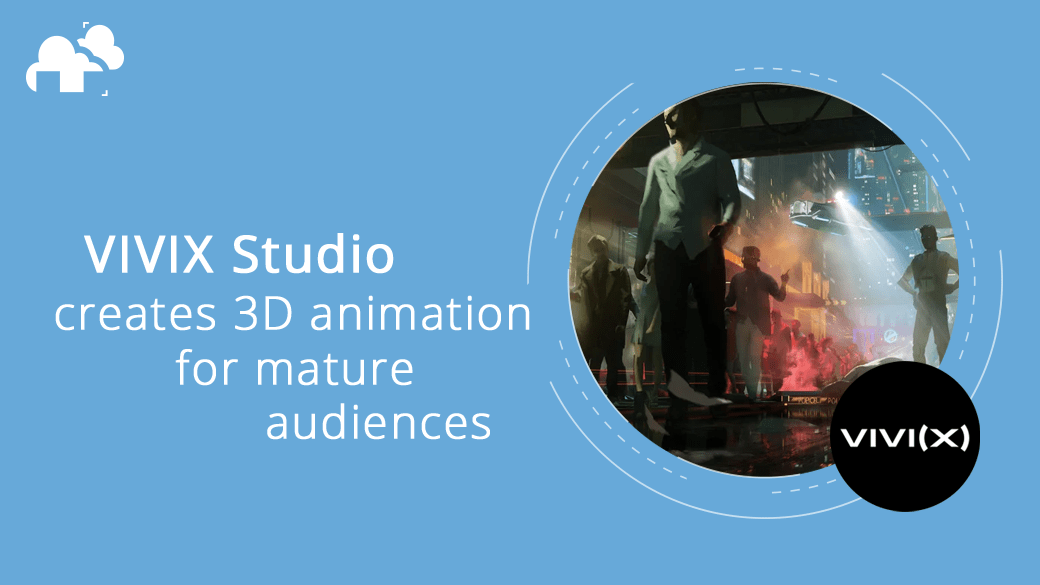 A tale of two Ilyas

Illya Mozzhukin spent the earlier part of his career in game development for the Video Games Industry, lending his skills in Character Design and Animation for a number of franchises for PC, mobile and console. He transitioned to animating for feature films and ended up working on one of the episodes in the first season of Netflix’s Love Death and Robots. He connected with Ilya Kuzuk, a former investment banker with work experience in prestigious global and Moscow based firms. Kuzak had a jaw-dropping double degree in Economics and Physics (I mean, damn!) and happened to eventually focus on VR games for an international market before setting his sights on Feature Animations.

After seeing the now celebrated animated series, both Ilyas’ destinies converged when Ilya Kuzuk reached out to Ilya Mozzhukin. VIVIX was born, and the rest, as they say, is history.

They pitched some initial stories to some prominent streaming platforms in Russia. Eventually, They landed a partnership with EV.ru, where they were tasked with creating minute long 3d animations catered to more mature audiences. Working with a limited budget forced them to tackle production more creatively. In the end, the platform chose not to put too much stock in animation, but a few years and 3d short films later, animation is now a very promising venture, and the two Ilyas are more than ready to meet the demand.

The pair are determined to create gripping stories aimed at audiences in their 20s and 30s that grew up on AAA video games. This demographic carved a considerable niche on the entertainment market for storytelling with mature themes delivered in 3d animation that would match modern game cinematics and trailers. Being of the very same demographic, Illya and Illya had no doubts about what they wanted to see in their content and how they were going to create that content.

The partners set up shop in a small co-working space at first. The pandemic was in full swing, and the logistics of getting their crew together in the traditional way was going to be a doozy. They came to realize it would be inhabited mainly by themselves and their screen-writers, who simply needed real-time communication to let the ideas flow. They needed exceptional artists and supervisors, and the likelihood of rounding them up in one city was near-impossible with the lockdowns in effect. But they found that today’s artists would rather work at home, at least for the most part, and already had all the tools of their trade.

The shop manages everything with Discord and Zoom and now has a real edge against bigger studios too mired in the bureaucracy needed to keep big teams afloat and their product secure. It becomes much easier for smaller outfits to navigate future waves of the Coronavirus and the operation stand-stills that will ensue.

They anticipate that soon the remote workflow will be the convention. While more rooted studios will need to make the transition, VIVIX is already comfortable in the remote-based environment.

A taste of what’s to come

The duo was generous in sharing what they are working on at the moment. The working title is Artificial Detective, which they hope will be a 12 episode story that centres on a Police robot with aspirations of moving up in the force. The police force, which consisted mainly of humans, was shut down, and years later, its city is now empty.

The story will be set in a period that draws heavily on Art Deco sensibilities, with themes on the true meaning of Humanity, among other things. They shared some concept art that shows a city that had seen its zenith and its fall. With a mix of early 20s aesthetics and proper Science Fiction elements, the world will feature Anthropomorphic characters, pure humans and their robot counterparts (which we think will play nicely with addressing the concept of being Human). They’re going for a stylistic approach, even in animation, but will also be taking advantage of motion capture.

In terms of execution, the studio has had a lot of experience in Unreal Engine, which at first glance appears as the natural direction for any 3d production these days, but eventually opted against it because they noticed its instability on larger-scale projects. They are currently using Blender, Houdini and Maya with Arnold as their render engine of choice.

They managed to enlist the support of a venture capital company and are in the pre-production phase at the time of the cast.

The lucrative promise of 3D

hen asked about how the studio might profit, Ilya M explains that profit comes from selling a series itself, intellectual property, or merchandise in the feature animation game. He points out how many animations for children make a hefty profit through the sales of toys or themed accessories associated with the animation, so the creators might sell the rights to distributors for the merchandise or agree on a cut. The same can be said for young adult franchises. Love Death and Robots apparently sells some themed cannabis (legally, of course).

It doesn’t end there. One of the biggest draws of 3d content is that it makes the adaptation to a Video Game so much easier. Another revenue opportunity VIVIX could capitalize on is printed merchandise, where they can reuse assets used in the production in other avenues without too much time spent repurposing them.

Hearing about the exploits of VIVIX from the CEO and Creative Director was a real treat. Needless to say, we at GarageFarm.NET are rooting for them and can’t wait to see what the future holds for the two Ilyas, as well as the entire community of passionate CG storytellers out there. We look forward to the day we see more small studios send some work over to our render farm! 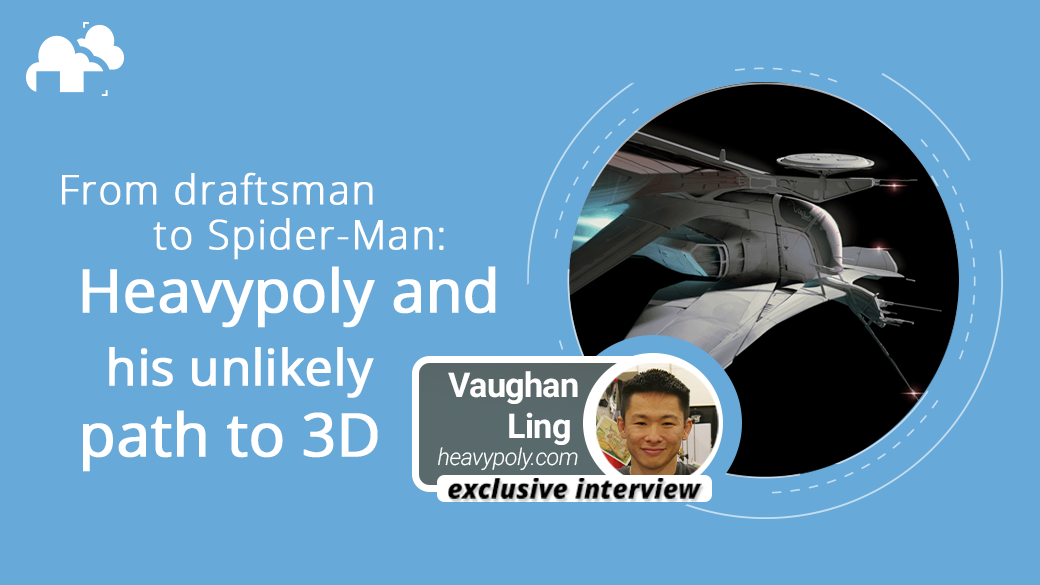 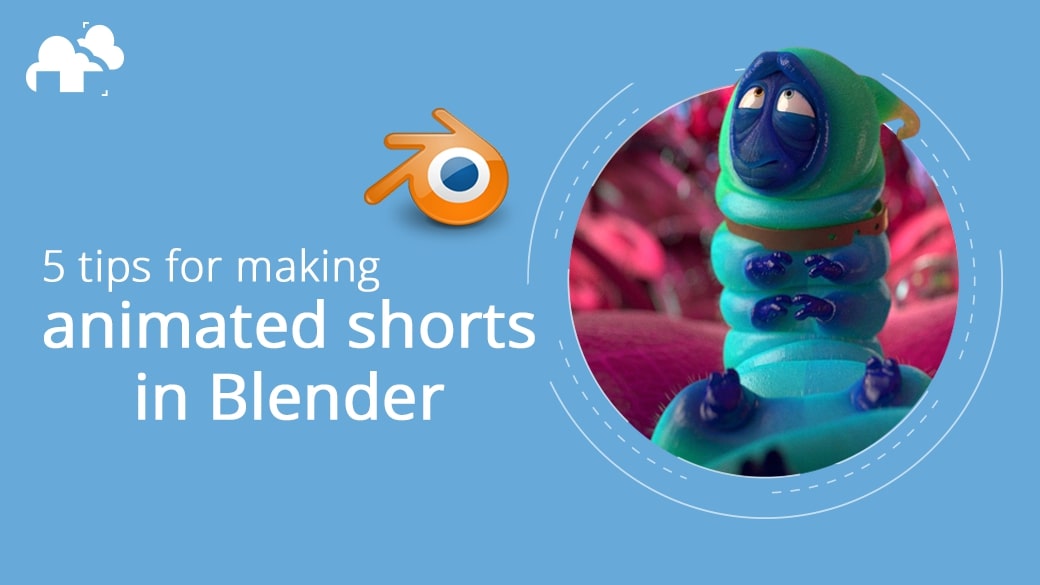