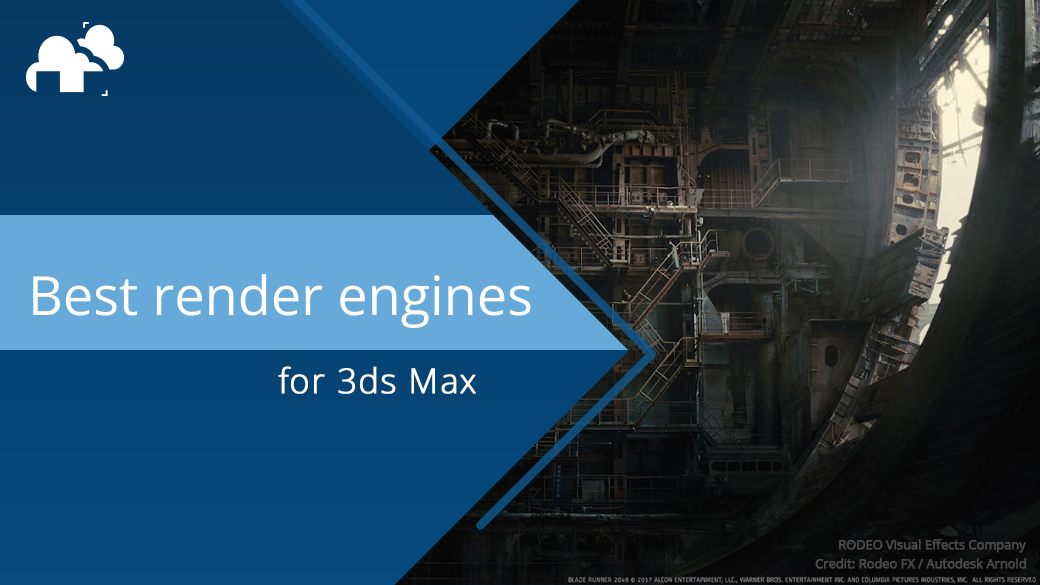 Autodesk’s 3ds Max is one of the most popular 3D packages around. From feature film productions to game projects and architectural visualizations, thousands of artists use Max as their primary tool for computer graphics. Part of why 3ds Max is so popular is its long history and support across the industry. Over the years, studios large and small have built pipelines around 3ds Max that integrate and expand its feature set. Because of this, 3ds Max is known for being a highly flexible tool compared to the industry behemoth Autodesk Maya, as more tools and render engines often support Max before less industry-standard options. The result is a relationship where artists and developers have continued to push the industry forward using 3ds Max, despite the software being over twenty-six years old.

In this article, we’ll be going over the top four 3ds Max renders. These render engines are widely used and have feature sets that can compete with the best computer graphics available while remaining accessible for everything from freelance projects to multi-million-dollar studio productions. For those choosing to render 3ds Max projects, these are the must-know engines for creating high-quality, production-ready images.

If you’re looking to test out any of these engines before fully investing in one, check out our 3ds Max rendering services here at GarageFarm. With support for V-Ray, Redshift, and Corona renderer, and a free trial period with $50 of free render credit, it’s a great way to test the waters with your render engine(s) of choice.

To say V-Ray is a popular render engine is an understatement. V-Ray was one of the first major path-tracing render engines to market and has pioneered technologies in photoreal rendering for decades. V-Ray has supported 3ds Max since the beginning and has consistently added new features since its introduction in 1997. Like 3ds Max, V-Ray’s advantage is its long history and industry support. Being a long-time industry player has given the 3ds Max renderer time to develop a robust, optimized path-tracing engine.

Arguably, V-Ray’s strongest advantage is its comprehensive feature set. V-Ray supports must-have features like GPU and cloud rendering, global illumination, and one of the most advanced material engines on the market while also supporting next-generation technologies like in-engine denoising, procedural lighting/hair/and shaders, and scatter/proxy tools to speed up rendering.

However, with V-Ray Premium costly, almost 700 USD per year, the price tag can be hard to justify for small studios or freelancers who may not need to use the full feature set the renderer offers. And with new renderers coming to market that can match the speed and features of V-Ray, the renderer is less attractive than it once was.

Initially released in 2014, Redshift is the new one in the 3D rendering scene. Redshift Rendering Technologies developed Redshift before being acquired by Maxon (the company behind Cinema 4D) in 2019. Redshift made waves in the industry by claiming to be the world’s first fully GPU-accelerated render engine. While this makes good headlines, what truly sets Redshift apart is that it is a biased renderer. This means the render engine uses several “cheats” to speed up rendering and change the look and feel of rendering.

Redshift has quickly become one of the most popular 3ds Max renderers for its responsive rendering and incredibly sophisticated physically-based shading system. Redshift’s speed makes it handy in look development by allowing artists to preview their shading and lighting without sending off lengthy renders. Redshift’s PBR shading system uses node-based materials that allow artists to build complex materials on the fly. For some, this is an excellent advantage to Redshift; however, it can be a disadvantage for those unaccustomed to node-based systems.

Another potential disadvantage of Redshift is that it can be less straightforward to obtain maximum realism with Redshift compared to unbiased renderers like Arnold. This is the inherent tradeoff between biased and unbiased rendering. While realistic scenes can be made with Redshift, it can take more time and energy. Instead, Redshift’s strength is its speed and flexibility, making it a good choice for commercials, product rendering, and motion graphics.

Developed by Solid Angle and Sony in the late 1990s, Arnold renderer is known for being the top render engine for visual effects and film production, with productions like the Mandalorian, Avengers, and Blade Runner 2049 using the render engine. Also being developed by Autodesk, Arnold is a natural choice for 3ds Max users and has close integration with the software. Like V-Ray, Arnold is a path-traced Monte-Carlo renderer, which can generate highly realistic scenes with minimal tweaking on the artist’s end. The realism of Arnold’s rendering algorithms is one of the top reasons studios have adopted Arnold.

Arnold’s ease of use is one of its surprising strengths considering its wide use in high-end productions. However, Arnold’s niche target of high-end film and TV production leaves some disadvantages. For one, the engine’s lack of optimization settings and biased rendering tools make it more cumbersome to get right versus engines like Redshift or Corona for archviz or product rendering.

Additionally, Arnold is known for being somewhat slower than its alternatives because of its unbiased algorithm. This might not be an issue for high-end studios, but for freelancers and small studios thinking about render costs, render speed can make a big difference. So unless your projects require top-notch realism, Arnold may be overkill.

Developed by Chaos, the same team behind V-Ray, Corona offers a lightweight approach to rendering in contrast to the heavy-handed approach of render engines like V-Ray or Arnold. Corona is advertised as a 3ds Max renderer for architectural visualization and truly shows its strengths in this niche. Corona’s target user is archviz artists and this is clear when looking at the renderer’s feature set.

Because of its niche target for archviz renderings, Corona’s main downside is its lack of flexibility. Corona lacks the wide feature set of its competitors. So if you are accustomed to V-Ray, stepping down to Corona could be a difficult translation. However, the simplicity of Corona has its advantages. For one, it’s much easier to use out-of-the-box and takes much less time to tweak.

Another disadvantage is that the render engine only supports CPU rendering and lacks any support for GPU rendering. So if you’ve heavily invested in a GPU for rendering, Corona may not be a good choice.

When choosing a 3ds Max renderer, there are plenty of things to consider. Speed is often proposed as a top consideration, but can largely depend on particular scenes and types of projects, as is clear from the many industry benchmarks that have been done. Feature flexibility is another big concern for power users who are accustomed to maximizing their scenes through extensive use of advanced features like volumetrics, proxy rendering, and procedural tools.

In the computer graphics community,  it’s easy to get sucked into the politics of which is the “best” render engine. But in the end, what engine you choose to render 3ds Max projects in depends on your specific needs as an artist. The best engine is the one that provides what you need to make your client happy, be it speed, flexibility, realism, cost, or integration into your project pipeline. After all, a rendered image is only as good as the artist behind it! 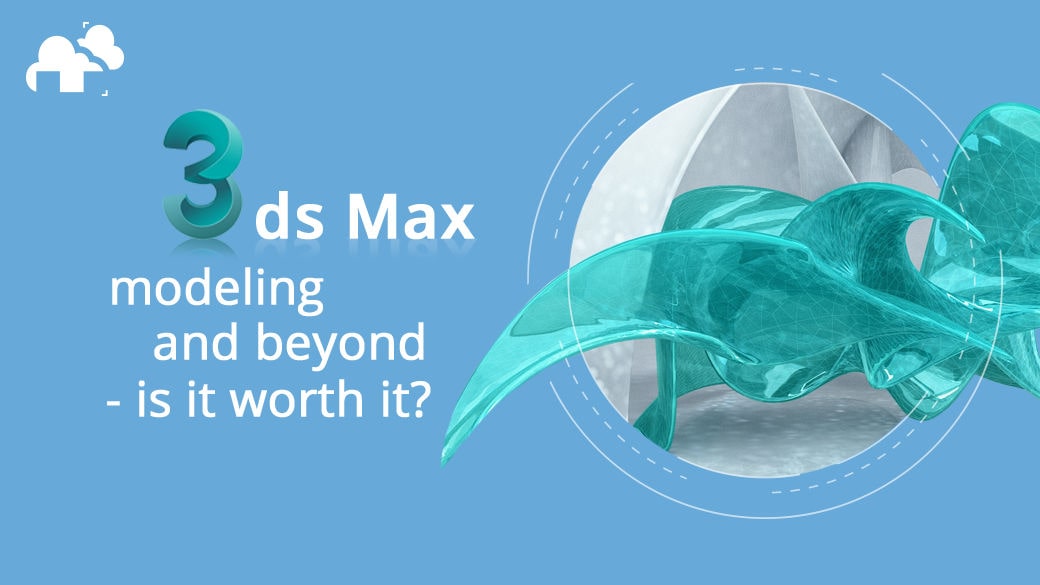 3ds Max modeling and beyond - is it worth it?

While 3ds Max modeling features are the most robust, as a whole, Max is more limited than other tools. However, with a few plugins, it becomes the most powerful for creating photo-realistic scenes. 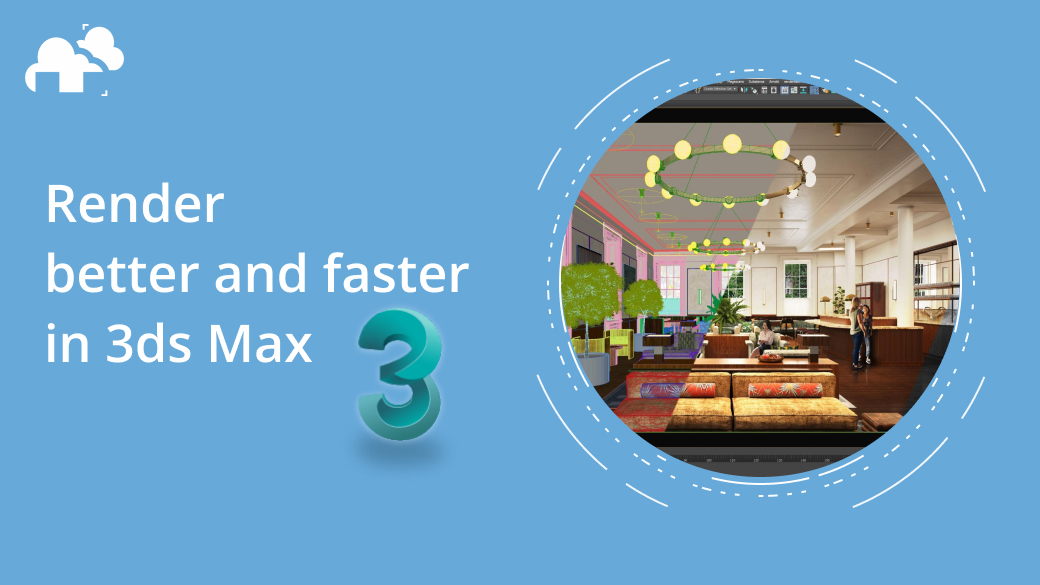 How to render better and faster in 3ds Max

How to optimize your 3ds Max files to bring render times down significantly, without sacrificing quality. In this article, we’ll break down tips for the project setup, render settings, a few tips on materials (briefly), and more.