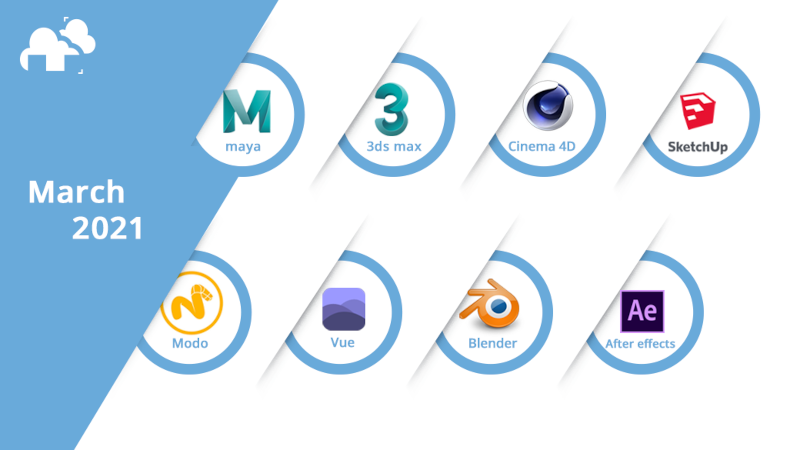 We've put together more summaries of what we've been working on recently at our render farm. Read on to learn about the latest updates added to our renderBeamer plugin for your favorite DCC. We also highly recommend taking a look at the end of this article to see our latest reel!

- We have added new functionality to our Web Manager - automatic video creation. It gives you the ability to turn rendered frames into a video

- To automatically create a video, just turn on the switch “Create video sequence” in the job submission window.

- Once the switch is set, the main render scene will be added to the farm render queue as normal and the Web Manager will bring up the video job submission window.

- Here you can set video output settings like format, codec, bitrate, and so on.

- Video job will automatically start after the render job is completed.

- “Create video” switch is available only when adding a scene to the rendering.

- Video job will create animations from all rendered outputs like render elements, AOVs, multi-pass, and so on. Also, the frame range is automatically forwarded from the connected render job.

- All video jobs are listed in WebManager with “video” type (not render or bake).

- For now, it's available for LightWave3D and Adobe After Effect.

- Video job outputs are automatically downloaded by renderBeamer in the same way as rendered frames.

- When using Adobe After Effects, the "Create video" switch is automatic always-on. Frames are saved to PNGs, and after complete rendering, they will be merged into a video file with desired user settings.

- If you want to create a video from already rendered frames, please use RMB on any /Renders/ folder and select the “Create video” function.

- Added prompt for After Effects jobs contain too long frame ranges to render in one job. The prompt is displayed only when using the previous workflow - direct rendering to the video output.

- Video job rendering is now available for After Effects and LightWave3D.

- It allows using functions such as job details - which will bring up to front sub-jobs list (rendered frames), download via. renderBeamer - which will force outputs download for a selected job, create video sequence.

- Tons of other under the hood improvements & optimizations.

- In this release, we are introducing a new UI. Plugin usage & workflow stays the same. The new user interface is cleaner, easier to use, faster, and more responsive.

- Fixed issue with V-Ray memory frame buffer. For GI caching jobs memory render buffer will be changed from “full” or “preview” to none.

- Fixed saving issues for Beauty AOV s outputs (Redshift renderer). Now, if the Beauty AOV pass is used in the scene, it's automatically disabled. Instead, the main output is saved and checked for rendering progress.

- Other under the hood improvements.

In this video, we will show you how to set up a Maya-to-farm workflow with our custom tools.

- Continue on error switch (WebManager & .gfs) is now always on.

- Fixed issues with tyFlow plugin (caches & meshes). Now all caches are correctly relinked & uploaded. For cases where the tyFlow caches are the same and the objects are different, the plugin uses the same MD5 folder. When the cache is different for a given object, it prepares a separate MD5 folder.

- Other under the hood improvements & fixes.

- Improved support for non-ascii characters in the asset, cameras, scene, and output names.

- Added new feature - render all active takes in a single job. This option is optimizing the overall farm rendering process. It should be used for scenes with many takes. Once it's set, your scene will be rendered in a single job. Each rendered frame will be done as a sub-job, so it's similar to animation rendering. With the new plugin switch, comes a new option on WebManager. Please keep in mind that the “all active takes in one job” option will work only for active takes with a single frame. When using this mode, it's not possible to change takes settings (being active, frame range, camera) on WebManager.

- Render all takes in a single job is automatically on for 10 or more takes.

- Added the possibility to render a still image without using strips mode.

- Under the hood improvements & optimizations.

- Added checker & prompt about unsaved changes in the scene.

- Added separated rendering mode for still shot. With “Beam it up Still Frame” your scene will be forwarded to the farm with the currently selected frame number, not the whole animation range.

We are pleased to announce the release of Reel 2020! We've put together a reel comprising some of the works rendered on our farm in 2020. If you rendered with us and want to show off your work, please reach out through our social media channels or email creative@garagefarm.net! 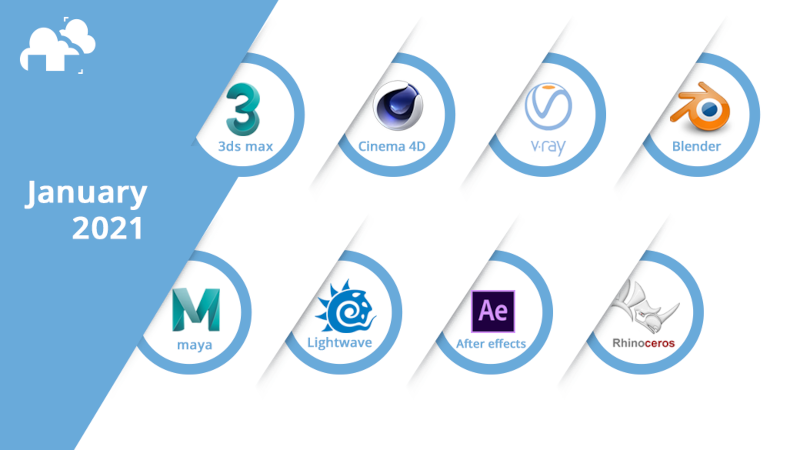 Here's a list of features that we added to our render farm plugins in November and December 2020. Featuring updates for Web Manager, renderBeamer, 3ds Max, Cinema 4D, V-Ray, Maya, Blender, and more. 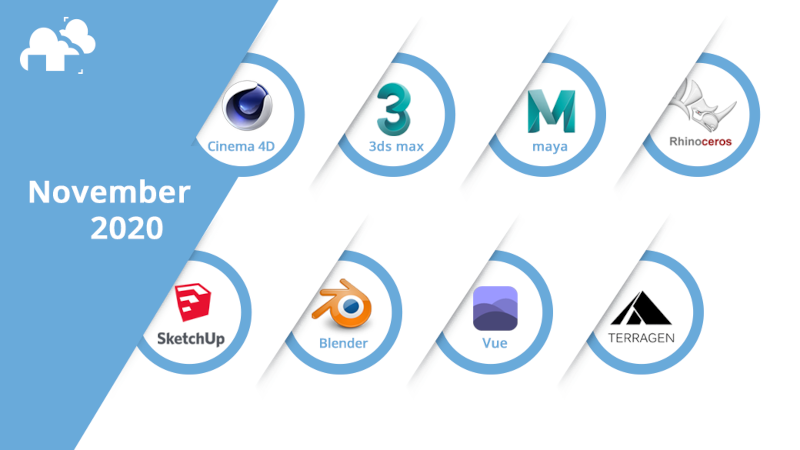 Here's a list of upgrades that we added to our plug-ins from September to October. Featuring updates for renderBeamer, Web Manager, Cinema 4D, 3ds Max, Maya, and many more.