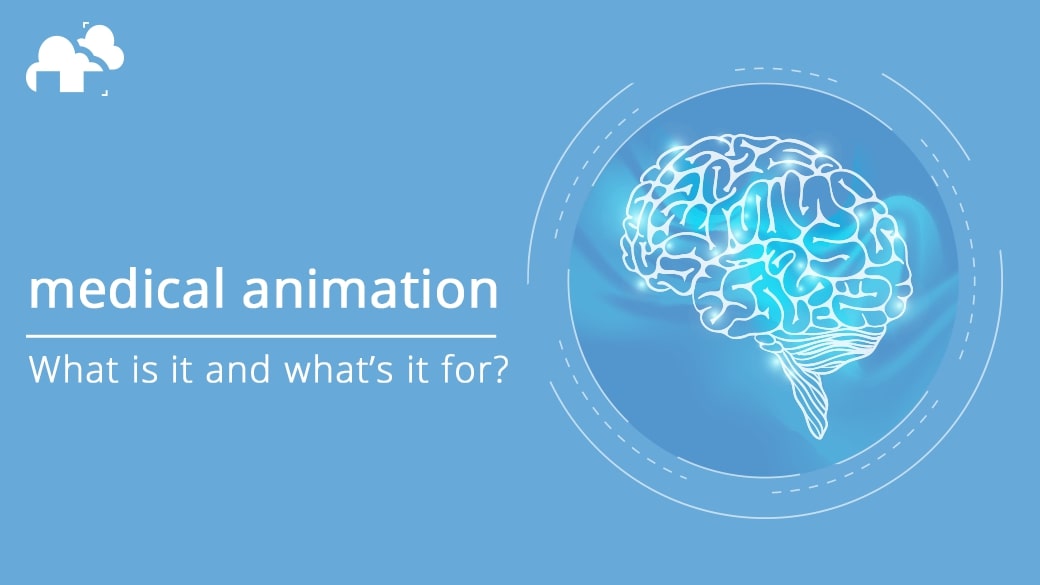 Medical Visualization: What is it and what's it for?

Let’s face it, the film and games markets have become saturated. Whether you’re a seasoned 3D artist or just starting out, you’ve probably considered other industries where your 3D production skills can earn you a career. If you are seriously considering other niches, you might want to look into the medical animation industry. It’s a big business. It forms a huge chunk of the non-entertainment computer animation industry which amasses around to $15 billion in revenue every year.

Medical Animation – What is it and what’s it for?

Before we talk about medical animation, try to imagine your red, fist-shaped heart. Can you see it in your mind’s eye? How can the whole be divided into discrete parts, ventricles with discrete functions and how each moves in relation to each other part? Blood moves through it and through the network of arteries and veins. Can you see that plaque buildup specifically inside a tiny area in one of your arteries? See how the blood flows, slowing down at that part and the pressure increasing? Can you visualize how all this can lead to a heart attack?

Not everyone can imagine things visually. Also, words and 2D pictures are not enough to communicate technical images. As a 3D artist, you know this first-hand. Aside from videos of dissections or surgeries, doctors can show medical processes through other means such as x-rays, MRIs, and ultrasound but it’s never a clear image for us non-doctors. It’s true that even seasoned doctors need medical visual communication. But more importantly, patients and medical students who lack hands on experience need to see this type of visual aid in intricate 3D detail as opposed to one dimensional, static illustrations, or blurry x-rays and ultrasound. In medicine, seeing the smallest movement and seeing things in different, impossible points of view can mean the difference between life and death.

3D medical animation is probably the fastest, easiest, most detailed way to make patients, medical students, and laypersons understand medical processes. Take, for example, the process of angioplasty, a way of treating heart diseases (like that heart attack we asked you to imagine). It’s done by inserting a catheter into your veins to help unblock the plaque buildup. Even if tiny cameras can now fit inside veins to show this process, it wouldn’t be as clear if the process isn’t shown as an animation. And this is just one instance where medical visual communication is most needed.

But it’s not just simulations for patient education. It has many uses especially in selling medical equipment, medical services and medical products, a very lucrative industry. If you are looking for more on the specific uses of medical visual communication, watch out for the next article in our series for this topic.

History of Medical Visual Communication: the Marriage of Art and Medicine

In the same way that religion and art have always been intertwined, so has art and science. Artists, especially 3D artists, understand a lot more than just perspective and colors. We also understand the physics of light and matter. Artists have always been naturally interested in the human body and have been illustrating body parts since ancient times. Ancient Egypt, Babylonia, China and India had produced illustrated recordings of their medical practices, but drawing from animal anatomy. Greece of course has contributed a lot. Herophilos, a Greek, is known as the first serious anatomist and began dissecting human cadavers. But because of superstitious beliefs about the human body, we wouldn’t see too many anatomical drawings till much later.

In the subsequent Medieval age, human dissections were performed on corpses of criminals. Dissections were done by barber-surgeons, not the anatomists themselves. The anatomists and their students wouldn’t even stand stand close enough to get a good look. They would just read from the ancient anatomist Galen’s books and dictate how the barber should dissect the corpse. But soon, this would be challenged by Andreas Vesalius who found that Galen’s books, the bibles of anatomy at the time, actually had an astounding amount of mistakes no one bothered to question. Andreas Vesalius came in at the cusp of the Renaissance when the spirit of free thinking started to burn bright, and Art and Science had begun to inform each other in unprecedented ways.

There’s probably no other more famous man who shows the marriage of art and medicine as Leonardo Da Vinci. His famous unpublished studies on the human form had led to their share of important discoveries. Several inventions and medical methods used today are thanks to his ideas and studies. He and other Renaissance men paved the way for deeper study, and Medical literature that contained accurate and artistically beautiful illustration.

But each time new technology for imaging anatomy was invented, there were huge leaps in medical science and countless lives saved. Most of the time, the invention of these technologies was motivated by art and artists. For example, when color printing in the 19th Century had become more accessible, anatomical illustration was transformed. Simple Animation was then explored. The flip book, and other old-timey animation machines, were eventually used to show moving medical and biological processes.

In the 20th Century, a Fine Arts Graduate from Germany began illustrating for Medicine, and gained a reputation for the detail in his drawings. This man was Max Brodel, who eventually oversaw the creation of the first Department of Art for Medicine at the John Hopkins Medical School.

In 1970, Disney Imagineer, and painter, Frank Armitage would later use his anatomical knowledge to create medical illustrations, which were used in animation footage.The 1970’s also saw the beginning of 3d in computer animation, and by the 90’s this technology has been used to show unstoppable liquid metal terminators, Jurassic Park dinosaurs and blocked veins in medical visualizations.

Of course, the great developments in computer technology led to computer animation. The cumulative effect of all these developments was visible in visual communication across many industries, including medicine. The present era is often called the golden age of CG animation, and this is true for its use in medical visualization as well. Studios like Ghost Productions, Random 42 and Vessel Studios create Animation and Illustration for Medicine at a caliber that stands up to VFX in entertainment.

Medical Illustration is a recognized specialization in many academic institutions worldwide. Curriculums are designed to integrate the scientific and art disciplines. A Medical illustrator’s toolkit today contains the same image manipulation, video editing and 3d programs used everywhere else.

Medical Visual Communication is often used for education and promotional purposes. Probably the most recognizable use is in drug commercials. You can also see it in healthcare brochures, high school textbooks, documentaries, and educational videos.

As mentioned, we will be writing more about the uses and specific niches for medical animation as well as a helpful guide for related software that you as a 3D artist might want to check out. To be updated, join us on FB, Twitter, and IG where we also post and share more helpful 3D industry related content. 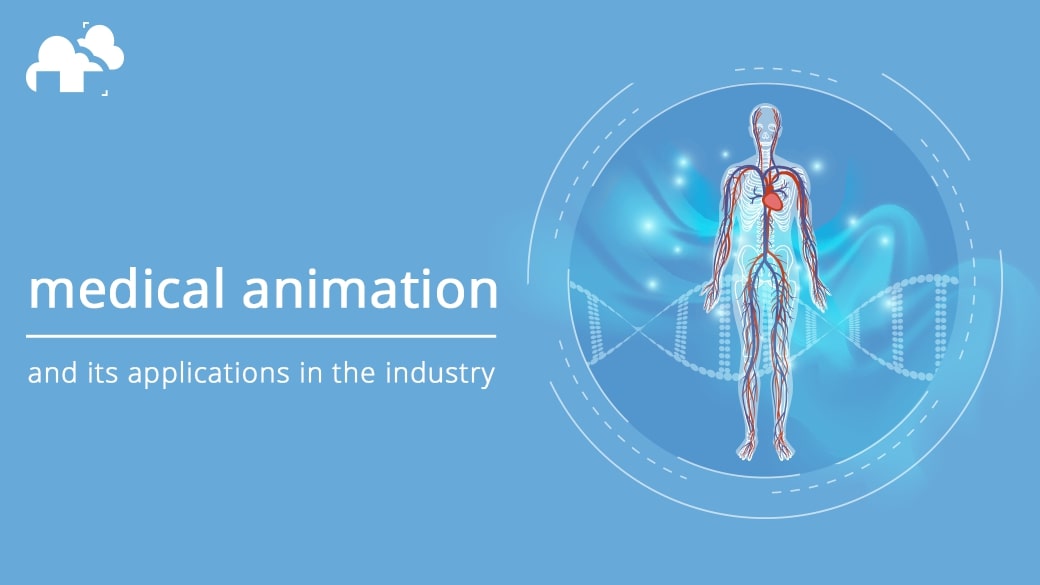 You’re in our second article for our series on medical animation and you’re probably interested in this niche. 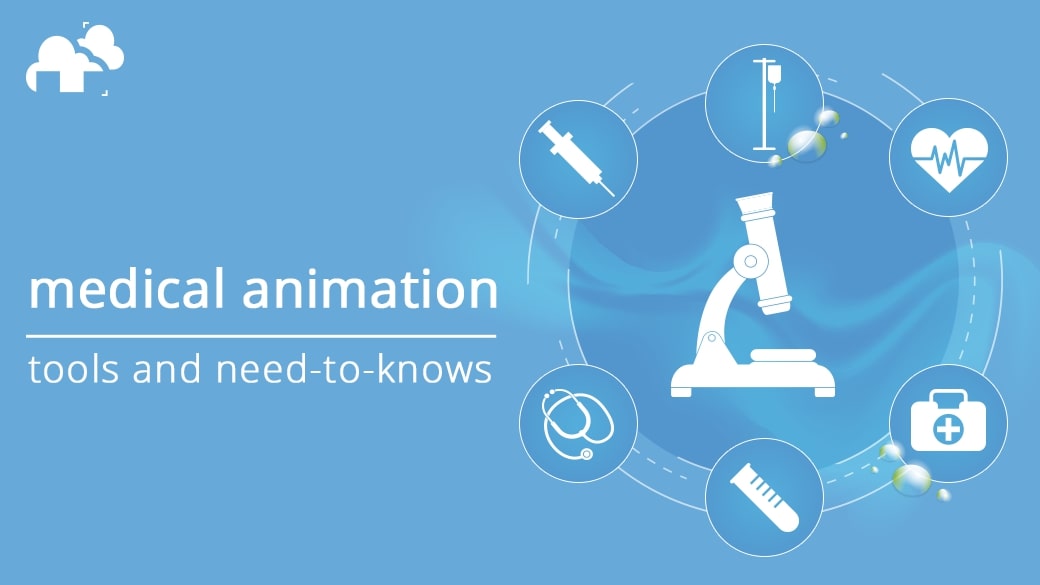 Considering jumping into the rapidly evolving market of Medical Visualization, here are some things to keep in mind to become a Medical Illustrator and Animator.