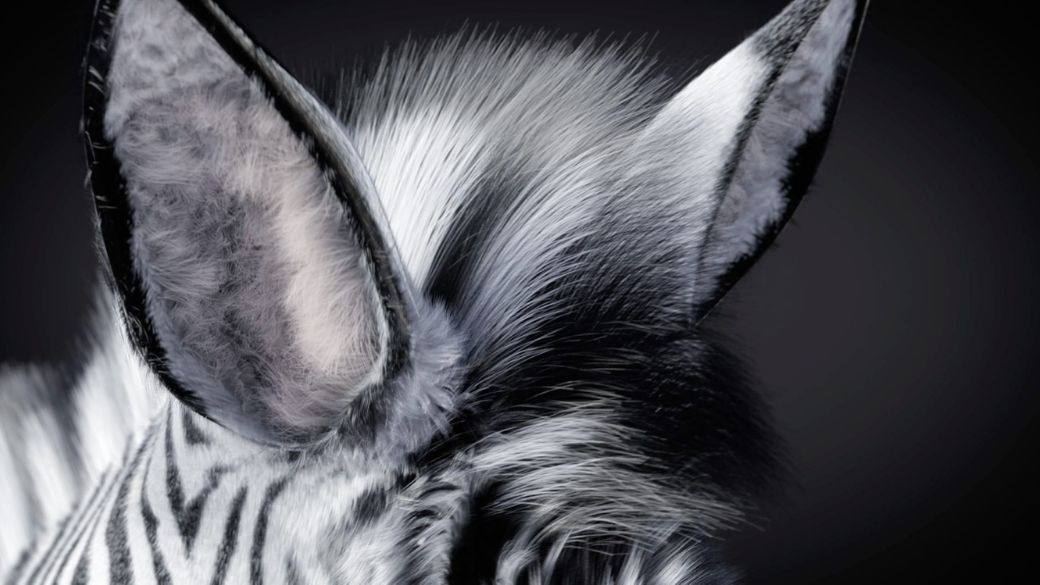 Wicked Pixels is known for delivering quality. We are unable to deliver second grade work and are keeping it that way. We would like our studio to continue doing award winning work so that our team is able to flex their creative muscles as much as possible.
SASKIA BUSCH, executive producer

Cape Town and Johannesburg, two naturally beautiful and culturally vibrant cities of South Africa are home to Wicked Pixels studio. The company was founded in 1997 and has since been very successful captivating local and international markets. Critically acclaimed for its innovative digital artistry, Wicked Pixels has been featured in numerous award festivals and showcased by leading industry publications. The studio proudly talks of its innovative and creative approach to creating digital work for clients across various industries such as animation, advertising, digital agencies, film production and television. Saskia Busch, Executive Producer at Wicked Pixels, has spared some of her time to briefly talk to GarageFarm.NET about her career and work at the studio. We talked about Saskia’s humble beginnings, career challenges, cloud rendering, project rendered on our render farm, and what distinguishes Wicked Pixels and makes it so successful.

Thanks for being here with us. Enjoy.

Wicked Pixels and we are based in Cape Town (the most beautiful city in the universe!) and Johannesburg, South Africa

What do you do professionally and where do you work? Can you tell us a few words about Wicked Pixels?

I am Saskia, Executive Producer at Wicked Pixels. Our studio is the most established and awarded studio of its kind in South Africa. The company was founded in 1997 and is renowned for its creative and effective work. It has appeared in numerous industry showcase magazines, including Shots, Creative Review, Stash and Boards, as well as sites like Trendhunter, BestAdsOnTV and MTV Buzz.

We have a core team of about 6 artists per studio and gear up for bigger productions if necessary. There is a large pool of very talented freelancers in Cape Town that we are able to tap into and work with some great artists on a regular basis.

If you had to pick one thing, what would you say is Wicked Pixels expertise?

Wicked Pixels is known for delivering quality. It is the benchmark of all our projects. We are unable to deliver second grade work and are keeping it that way.

Due to the environment we live in it is very difficult not to become an outdoorsy type. I love hiking, running and anything that will get me outdoors. The Centurion organization is hosting its first African 100-mile walk in 24 hours on Robben Island in October. My partner and I have started training for this so race walking is the preferred mode of transport at the moment.

I started my career as an animator in the mid to late 80’s on one of the first animation computers in the country called the Bosch FGS4000. In those days it wasn’t really a career in this country and I ended up doing it because there was a computer that no-one was using and I was curious.

What software did you learn first and how has that evolved?

The software was unique to the computer in those days so it wasn’t a package that you could install on another machine. It was basically part of the operating system of the FGS4000. I’m sure this platform does not exist any longer but the evolution from this to say Maya is amazing to have witnessed. To give you an example, the FGS4000 software was not able to automatically calculate an object going behind another, therefore the animator had to have two of the same objects (positioned differently on a hierarchical structure based on chronological introduction of the object into the scene) and switch them on and off to achieve one going behind another object.

It was not a conscious choice, I was nosey, started playing around and ended up loving the art/science. I didn’t last too long as an animator because of the long hours but have been producing for animation teams since the mid 90’s.

What about being a producer and all it entails interests you the most?

At first it was a means to staying in the industry but not working the crazy hours but has since developed.

What was the most challenging project you guys ever worked on?

The work that we do is so varied it is difficult to point to a single project and identify it for those reasons. The most challenging projects for our team are normally the projects that are needed in the shortest amount of time and the smallest budgets ;) and the most fun are those in which the team is given at least a little creative freedom.

What’s the biggest challenge you have faced on the path to getting where you are now?

Having had the opportunity to live and work overseas a few times I have since found the biggest challenge to be the attitude of the local clients the one great challenge of my career. Working in different countries and experiencing the respect and decency that should be a norm in any business situation has unfortunately led me to compare the local industry to those standards.

Where have you lived and worked?

I have lived and worked in Canada and the UAE. Two very different experiences but enlightening in different ways each of them.

What would you like to achieve as a studio? Where do you see it in 5 or 10 years?

The SA animation & VFX industry is currently in a state of flux due to evolving workflows in the advertising and media industries. We have spent the last 2 years keeping an eye on this state of flux and adjusting our business model to accommodate the changes. We would like our studio to continue doing award winning work so that our team is able to flex their creative muscles as much as possible. We would prefer to land bigger budget jobs but at the moment we understand that is not a reality so we are learning to work within those parameters.

What’s the project you recently rendered on our farm?

We recently rendered a project called Investec on your farm that entailed rendering an animated zebra with fur and hair done in Yeti.

What was the most challenging aspect overall of this project?

THE ANIMATOR: The animation was to me the most challenging especially making a quadruped come to a stop from a full gallop with constant timing changes. Every time a timing change was made the entire animation had to be redone for it to look as natural as possible and all in a very tight deadline.

Can you tell us some more about the details such as total frames, render times, complexity, software and tools used?

THE ANIMATOR: There were four idents of ten seconds each at 25 fps which amounted to a total of 1000 frames. The render time was about 45 min for complex scenes down to about 8min when the camera was further away from the zebra. We used Maya, V-ray, Mudbox and After Effects for this project. We also used Yeti for Maya to render the fur. Yeti made it easy to render with V-ray and the basic node system made it easy to quickly change fur settings down the pipeline. The zebra itself has a lot of short fur covering its body. You need a lot of fine fur to cover the surface for the close-ups. In contrast to that, the model and rig itself was kept as simple as possible to speed up animation.

What was the reason behind using a render farm for this project?

THE ANIMATOR: We had a very tight deadline to develop, animate and render all four idents and because of the short periods of time between reviews we had to push out rendered sequences almost daily.

How did you find GarageFarm.NET? Any reason why us?

We were looking at different render farms while we decided on how we would do the fur. We ended up using GarageFarm.NET because they rendered Yeti and we heard great things about them. The staff at GarageFarm.NET responded almost in real time through their chat system and was amazing to work with. Very helpful and patient.

We decided that spending money on hardware that needs maintenance and is coupled with a rapid redundancy rate is not the best use of our dollar. We build the render costs into the costs to client and that way we always have access to the latest and best and don’t need to maintain anything.

What were your initial impressions or thoughts, if any, when you first started working with us?

It was great. Very easy to get started and to get a quick response. The quick response from their team and the simplicity of the workflow made it very comfortable. It was also a big bonus to be able to do TeamViewer sessions to make changes to the scene without having to re-upload.

At times I was working in continuous stretches for so long that I witnessed entire shift cycles at GarageFarm. ;)

Where can people find out more about you and your work online?

5 REASONS WHY WICKED PIXELS IS SO SUCCESSFUL

1. THEIR QUALITY IS WORLD-CLASS AND INTERNATIONALLY AWARDED

2. THEIR SMART SOLUTIONS DELIVER MORE FOR YOUR MONEY

3. THEY DO TESTS THAT HELP YOU WIN PITCHES

4. THEY HAVE 20 YEARS OF EXPERIENCE