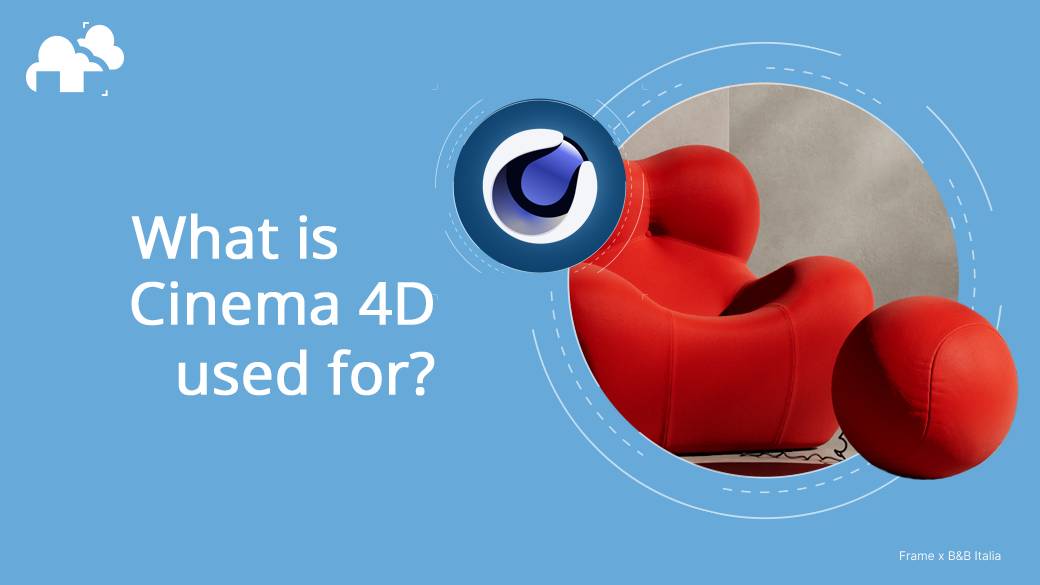 What is Cinema 4D used for?

Cinema 4D has become popular in the 3D and animation industry thanks to its complete set of tools that go from 3D modeling, to sculpting, rigging, animation, simulations and rendering. What makes it one of the most used software solutions in many creative fields it’s how fast, performing, flexible and powerful its tools are, allowing users to create incredible, complex and realistic effects both on still images and animations.

From 3D visualizations and rendering for AD campaigns to broadcast motion graphics, VFX, augmented, mixed and virtual reality, product visualization and TV and movie productions, Cinema 4D can cover them all.

Before we look closer at all these fields, check out our Cinema 4D render farm. New signups get $50 worth of starting credit, and our support team is available 24/7 and would be happy to help you and answer any questions you might have.

Broadcast motion graphics is probably the most popular segment of the creative industry that benefits from the potential of Cinema 4D's toolkit. From advertising to commercials,  product presentations, social media content and much more, Cinema 4D offers the right tools to achieve it. Especially when it comes to loop motions or patterns or random effects C4D deformers, and modifiers such as cloners and effectors are the answers to your creative needs.

Another reason why Cinema 4D is very popular in this industry is that the mograph tools are incredibly user-friendly and allow designers to create stunning results in a quick and performing way, sometimes including many repeated shapes that are all created using a few combined elements and managed by their settings. This incredible usability leads to the creation of a wide user community that is very active and responsive and contributes to producing a lot of materials in terms of tutorials, solved issues, shortcuts, tricks etc to create and develop your ideas.

For example, the motion graphics ad that Frame created for B&B Italia to capture the beauty and elegance of the Up Chair was created by introducing some playfulness into the concept inspired by the icon shapes of the chair where the high quality of the materials comes to life in a semi-abstract animation of how the chair could have potentially come to life in an abstract world.

Another field where Cinema 4D performs incredibly well, thanks to the variety of tools it provides, is advertising. Combining the different tools and elements and even forces and thanks to the help of some plugins, C4D allows users to create stunning creative concepts expressing and communicating messages that otherwise would be almost impossible to create and keeping an incredible level of realism.

Using forces or growth plugins to generate real or totally abstract natural elements it's been used to spice up creatives advertising concepts while better expressing the brand DNA of the client. For example, the ad campaign that Abra.Network developed for Natural Beauty products from Yope was designed to merge different elements while bringing to life the wild ingredients that characterize each product. The results are a series of layouts that are bold and wild and stand out from the crowd of other beauty campaigns.

Augmented, mixed and virtual reality have become a huge trend to create more engagement between products and final customers. From games to digital try-on concepts, the possibilities for this technology are endless and for sure, they are opening up a new world of creative concepts that speak to final customers in a completely different and more immersive way.

The powerful tools that C4D offers allow us to create, animate and prepare files for augmented or virtual Reality and integrate the files with the final tools developed by other partners like Adobe for the final stages of the development. You can create an entire scene or a character, animate it and incorporate it into an AR scene sending the files directly to the specific tool you are using.

The creative agency Broduction, for example, created a movie to promote the AR game Pokemon go, where they included the digitally animated characters in the production footage while searching for Pokemons around the city through the screen of their mobiles.

Cinema 4D, in this case, helped both to create the characters and manage the settings in order to fit the specifics of the AR tools and also as a base to include the creatures inside the production itself, respecting the correct proportions and spacial elements as if they were also part of the real world.

Is Cinema 4D good for VFX?

As briefly mentioned in the previous example, Cinema 4D is also equipped to help creators integrate digital 3D designs into real-world footage. The motion tracker tool is probably the most interesting tool for special effects and allows to integrate seamlessly 3D into existing footage and with the help of the scene reconstruction, it's possible to recreate an entire scene and replace real objects with 3D objects created in cinema 4D while the camera calibrator helps to match perspective and camera angle in order to get the best results for short movies or bigger productions.

Even if the developers focused mostly on motion graphics, visualizations and design studios, Cinema 4D is being used to create special effects in big-budget movie productions taking advantage of its amazing mograph tools to create sci-fi and futuristic effects.

A lot of smaller productions as well took advantage over the years of the potentialities of C4D combined with the incredible user-friendly architecture of the software.

For example in Blade Runner 2049, directors used Cinema 4D to create graphics for futuristic monitors, interiors of a library and a penthouse and also fluids simulations for special effects or to display the outer world, capturing it in a very unique way, but also other effects like ghosting and glitching effects and color grading alongside with textures. According to the result that needs to be achieved, Cinema 4D is flexible and powerful enough to adapt to different requirements and respond in a professional and performing way.

The fact that Cinema 4D is so easy to approach and offers powerful and efficient tools in different areas, from motion tracking, to rigid body to create natural forces interactions, soft bodies to simulate all kinds of deformations and collisions managing settings like stiffness, damping, flection and so on describing in detail how the material is going to behave and interact with other forces into the scene, cloth simulation to create realistic fabric effects and more complex ones like particles simulations, forces and emitters makes it incredibly versatile to different uses and creative purposes and even if it's more designed for some uses rather than others it still can compete with other more specific software pieces.

A large number of users professional and not gave a huge contribution to the development of tools and tricks to achieve almost everything you can imagine, either counting on the embedded tools or expanding them through the wide range of plugins options that the market offers,  placing C4D among the best software you can find on the market and where you can experiment and combine different “recipes” to achieve everything you can imagine! 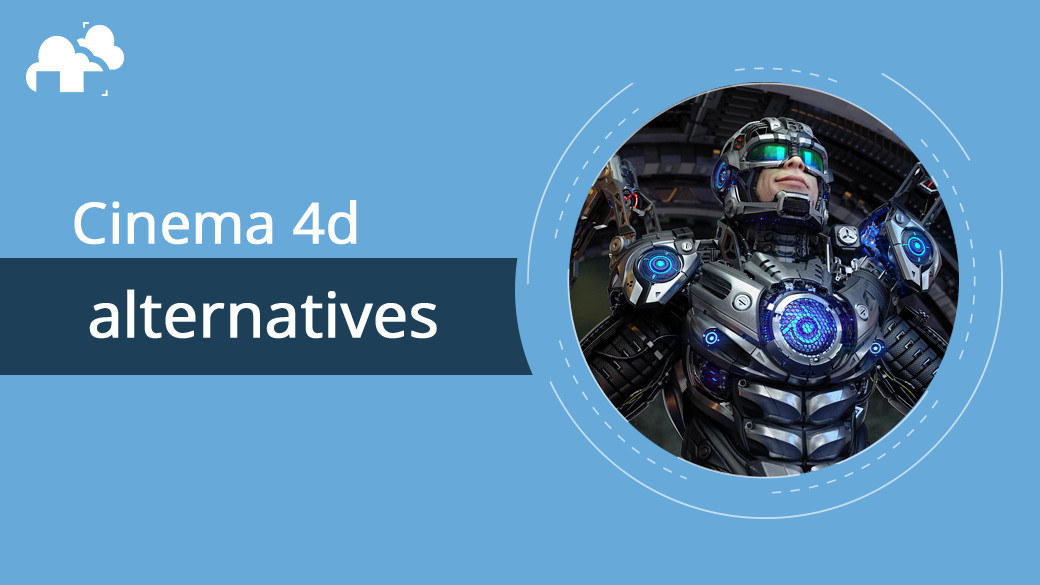 Cinema 4D, but make it not Cinema 4D

Learn and compare the pros and cons of some alternatives to Cinema 4D – Blender, Houdini, and 3ds Max. 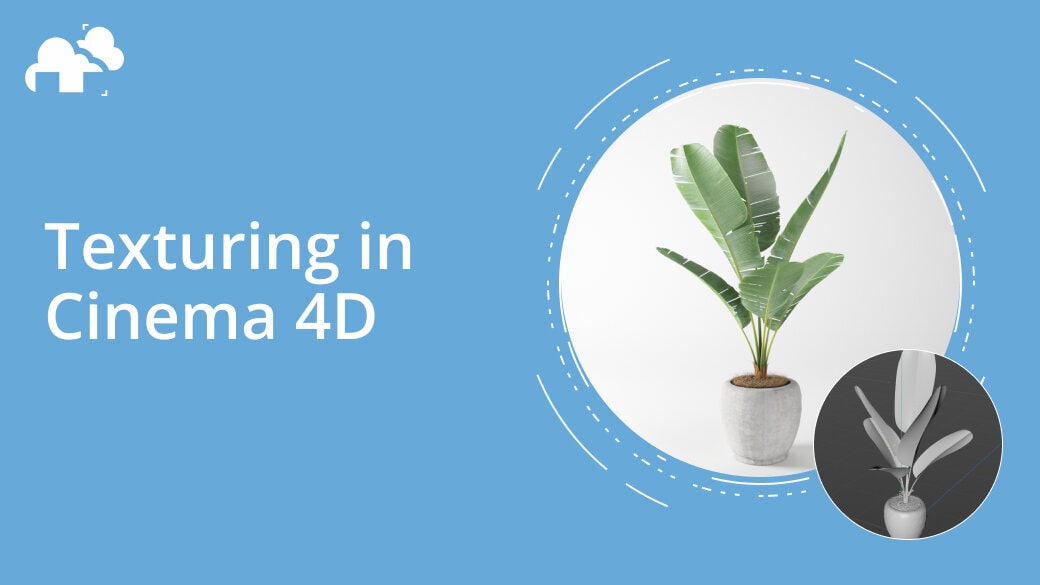 Texturing in Cinema 4D shares a lot in common with other 3D software, and is just as important as part of the 3D artist's pipeline. Read on to learn some tips on C4D texturing.