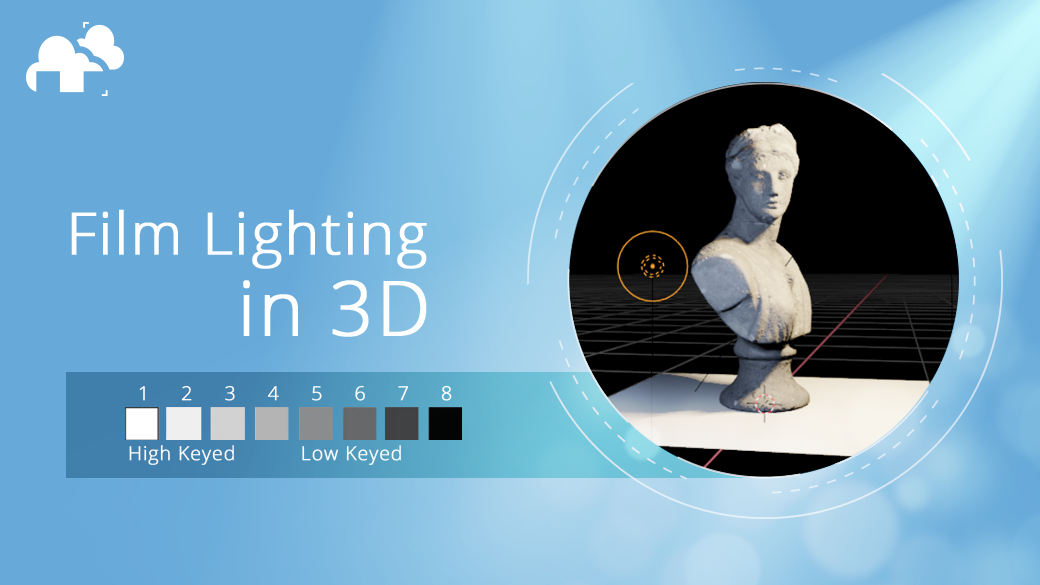 Lighting principles for 3D artists from film and art

Lighting is integral to creating a successful image with any degree of faithfulness to real life. In traditional image-making with mediums involving powders and pigments, light is represented by tonal value, and depending on the artist's commitment to accuracy or realism, can be bent in any number of ways.

For Photographers and Filmmakers, actual light is captured, and meticulous consideration of the arrangement and metering of physical light is how they might take something that IS real, and either enhance that realism or move it a little closer to abstraction. In both cases, the manipulation of light or the idea of light plays a key role in the shaping of a picture.

As 3D Artists, we have both the freedom afforded to Painters and Draftsmen and the accuracy of virtual light that emulates to an impressive degree the physical behavior of light in space - just as Gaffers or Cinematographers do.

Sadly (and I'm in no way speaking for ALL 3D artists or 3D art), it can be easy to neglect just how important lighting is in creating a 3D render, especially if the render is meant to be representational of the real world in any way. This is in part because of the demands we face in our chosen medium.

Many of us must preoccupy ourselves with actually modelling and texturing our assets first, which is a meticulous process on its own, to say nothing of when rigging and animation is involved. As we near the end of our projects, it is easy to offload our lighting needs to a good HDRI map, which is readily available these days.

We 3D artists will do well to take cues from the world of Traditional art and Film when it comes to augmenting our work with planned lighting, and this goes without saying for those of us who create animated shorts.

But what is Lighting and what exactly is it that Lighting can do for us, you might ask. Here are 2  big things, for starters.

Lighting in 3d is the process wherein we illuminate our scenes or subjects to meet a number of creative goals, as elaborated below:

Light helps our perception of volume.

Suppose you've ever enjoyed traditional animated content. In that case, it may have occurred to you that these shows began to feel more immersive over time, even if they were still essentially moving lines on a page. One big reason this is so is the gradual adoption of two-toned lighting.

No matter how subtle, the simple indication of shadowed areas was enough to give newer toons a distinct "pop".

A little more refinement, and we get Netflix's Klaus which, because of the intricacy of lighting and its influence in visual narrative, was almost indistinguishable from pure 3d animation (fooled me, for sure).

These examples employ more or less a Direct lighting approach, which does not entirely depict the behavior of light on a form, and yet already do much for establishing a sense of volume.

This render shows that diminished light does not always make for a diminished picture. All the light sources serve a purpose in telling a story within a static shot and static "actors". The shadow in the foreground adds more context to the scene with nothing but a cutout and a spotlight. Making deliberate choices for where light is absent can be just as important as choosing where a light is placed.

Either of the two can take precedence over the other, depending on what the scene calls for, and to an extent, one might say personal taste. The points mentioned above can be broken down into more specific arguments for the value of light, but hopefully, you're sold on paying more attention to lighting at this point.

It has been said that cinematography (or was it photography?) can be thought of as painting with light. It would help us to think in this way as we approach our 3D renders, mainly because we work with a tool set of lights, both in terms of light property and angle, much like the painter has a palette and brushes.

We'll be using Film Lighting styles, and as such, terminology from the world of film, but the following elements of light have been employed in actual painting as well.

Here are our tools.

With a light key established, we can work relative to the highest value we set for our lights.

This is a gross oversimplification, but there are hard lights and there are soft lights. Being aware of this will allow for more informed exploration in your preferred 3d software.

In the use of actual light, an extremely hard light can produce a very graphical, intense and punchy look on your subject, while a very soft light can be used to create a feeling of ease, solemnity or pleasantness. To the layperson a very soft-lit subject can appear to not be lit at all, but somehow still obviously having volume.

The hardness or softness of a light is determined by its size against the object being lit.

In 3D, we can use a "radius" or "size" parameter on our lights to affect its hardness or softness. We can also soften a light with a weaker light, as you will see later.

To understand the application of light hardness or softness, we can look to traditional media, where hard and soft lighting is represented by edge. Hard lights create crisp edges between light and shadow, while soft lights soften these edges and can even make them imperceptible or "lost". Just as we would appreciate the arrangement of edges in a painting, so we can tailor our edges in 3D to benefit from the same formula for success.

Now that we have a general idea as to what end we might light a scene, let's have a look at how we can actually apply types of lighting in Films to our needs .

Key lights describe and define objects in a scene. In 3D, we can think of the default light in our scene as a working keylight, as it exists to describe our geometry by indicating the light and shadow regions that make our subjects read clearly. A chiaroscuro effect in a render can be achieved with a single key light, and the angle of the key light can represent a primary lightsource in the scene to determine the mood of the shot.

Ambient lights are the natural light bounces that occur in the physical world; HDRI maps off of overcast environments or bouncing light off of a reflector in the scene would be the definition of an ambient light.

Again, which of these lights you use will depend on what the scene calls for. And while this can all seem pretty subjective, there are a few considerations to make that affect the success of your shot, regardless of how you choose to light it.

Well, that was a lot to take in, but have fun experimenting with these 3d Lighting techniques and concepts. Remember, there is no hard and fast rule to anything in art, only guideposts of tried and tested methods and observations that you can stand on. For further reading, check out Joni Mercado’s article on 3d lighting, and this little piece on visual storytelling. We hope you enjoyed the read, and as always, Happy Rendering! 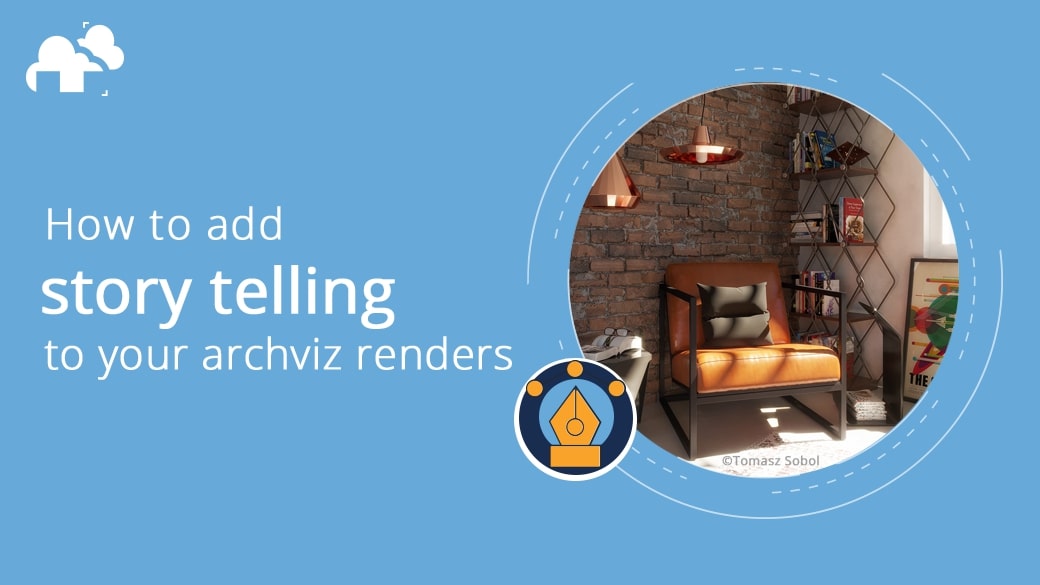 How to add storytelling to your archviz renders?

An overview of the often-overlooked craft of creating a story within an image, particularly for Architectural Visualization