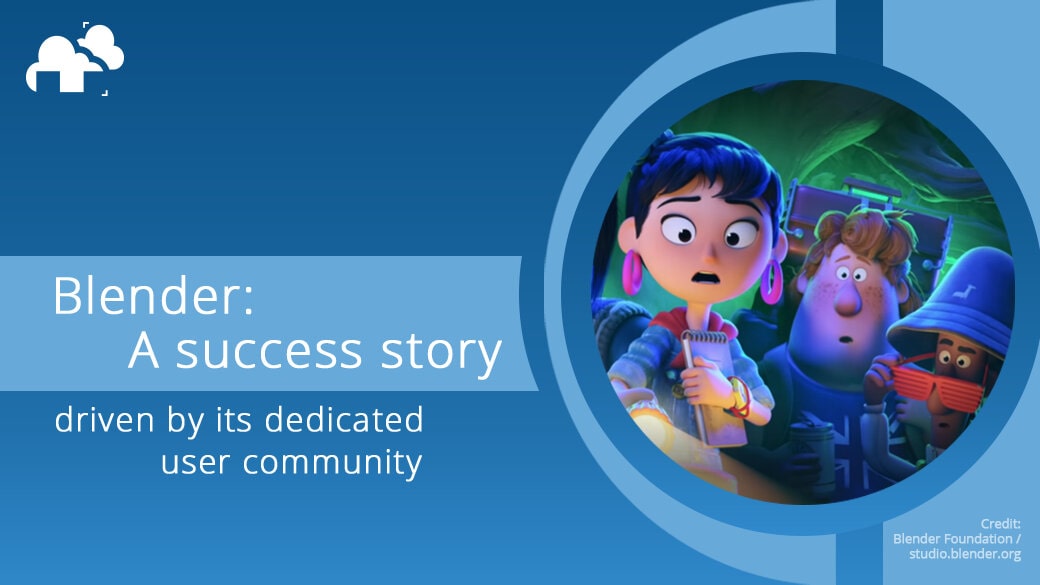 Blender: A success story driven by its dedicated user community

Blender is a popular open-source 3D software that has gained widespread popularity recently due to its robust features and user-friendly interface. It owes its evolution and continued success in no small part to the efforts of its passionate user base, who help to ensure its continued success. In this article, we'll learn a bit more about Blender's humble beginnings and how Blender users can play a role in keeping Blender alive and thriving.

The dark horse of the race: A brief history of Blender

The history of Blender is a fascinating example of heart and innovation. It  was initially developed by Ton Roosendaal in 1995. It began as an in-house tool for the Dutch animation studio Neo Geo but was later released to the public as open-source software.

Blender was not very well known in the 3D industry and was not widely used by professionals. This was partly because the software was still relatively new and needed more advanced features and tools in commercial 3D software packages. As a result, the initial reception of Blender in the 3D industry was somewhat mixed, and many people were skeptical of its capabilities and potential.

However, despite these challenges, Blender gained a small but dedicated group of users impressed by its capabilities and potential. These early adopters helped promote Blender and provided feedback and suggestions for improving the software. Over time, Blender continued to evolve and improve, and by 2002 it had become a more mature and powerful 3D software that was starting to gain wider recognition in the industry.

That year, the Blender Foundation was established as a non-profit organization to support the development of Blender. The foundation has played a crucial role in driving the growth and evolution of the software through initiatives such as the Blender Development Fund and the Blender Cloud.

The Blender Cloud and Development Fund

The Blender Development Fund is supported through donations from individuals and organizations. These donations pay full-time developers' salaries and cover the costs of implementing new features and improvements.

The Blender Cloud is a subscription-based service that provides users access to exclusive content and tools. This includes training materials, 3D assets, and other resources that can help users to improve their skills and take advantage of the full capabilities of Blender.

Since then, Blender has become the model of success for open-source software, with a wide range of high-quality features that are on par with or better than those offered by many commercial 3D software packages. This includes advanced modeling, animation, rendering, compositing tools, and more.

It is actively developed and supported by a large and dedicated community of users, studios, organizations, and developers. It rolls out releases with new features, bug fixes, and improvements to the software regularly. Blender is constantly evolving and improving. Because Blender is open source, users can customize and extend the software in many different ways. This allows users to tailor Blender to their specific needs and workflows and to create custom tools and plugins to enhance its functionality.

And of course, one of the most significant advantages of Blender as open-source software is that it is entirely free to download and use. This makes it accessible to a wide range of users, including students, hobbyists, and independent artists-some go on to form small studios that use Blender and contribute to the fund.

The lifeblood of Blender

Blender's community of users, organizations and developers is the lifeblood of the software. The community actively contributes to the development of Blender through testing, providing feedback and suggestions, creating custom tools and plugins, donating to the foundation's development fund, and subscribing to Blender Cloud.

However, the budding Blender Artist or someone transitioning from another software may need time to set aside funds to donate to Blender directly. Thankfully, many services, asset providers, and educators contribute a percentage of their profits to the Blender Foundation. By participating in the Blender Ecosystem, users who do not donate directly can still support Blender as they enhance their skills and workflows. For filmmakers or anyone creating long animated content, there are online render farms that contribute to the fund as well.

We are a render farm that offers support for Blender cloud rendering. Our Blender render farm allows users to offload their rendering tasks to a network of powerful computers in a few clicks, with no particular scene preparation needed. The render farm is accessible through the cloud and offers a range of pricing options to suit different budgets and needs.

We are proud to be contributors to the Blender Development Fund and, beyond that, provide a perpetual 33% discount to our Blender customers. New users get $50 worth of free credit to test our service commitment-free and without watermarks on the rendered frames.

The Blender Market is an online marketplace for Blender products and services. They donate a portion of their profits to the Development Fund, so you can help support Blender's development by shopping there. On top of that, many providers also donate a share of their individual revenue. Some products that are popular investments for specific workflows that also contribute to the Development Fund are:

Hard Ops/ Boxcutter by Team C- Hard Ops is a Blender addon that expands on the boolean workflow introduced by the native bool tool. It is designed to make hard-surface modeling easier and more accessible in Blender. Hard Ops includes tools for boolean operations, non-destructive modeling, and assistive helpers for optimal workflows. It also has systems for sculpting and grease pencil sketching. Hard Ops has become an indispensable tool for hard-surface modeling and conceptualization in Blender.

Cinepack by Lewis Martin- CinePack is a collection of pre-animated, customizable camera moves for Blender. It is designed to save time and improve production values in Blender projects. CinePack includes a variety of camera moves that are commonly used in Hollywood movies, motion graphics, adverts, and VFX shots. The camera moves have been designed by a cinematographer with over 10 years of experience in the film industry. CinePack is an easy-to-use tool that can help users create professional-quality camera moves in Blender.

Gobos by Bproduction- Gobos is a library of textures that can be used to generate ultra-realistic shadows in Blender scenes. The asset manager makes it easy to import gobos into Blender with just one click. Gobos offers a collection of 149 HD ready textures organized into 14 categories. These textures include fixed gobos and animated gobos, as well as new animated colored gobos in the V2 version. Using Gobos can help to create scenes with volume, depth, realism, and originality.

Sketchfab is a platform for publishing, sharing, and discovering 3D content online. It allows users to upload and showcase their 3D models, which can be viewed and interacted with in a web browser. Sketchfab also offers features such as real-time rendering, animation support, and AR and VR compatibility. It is a popular destination for 3D artists and enthusiasts to share and discover 3D content and is supported by a community of users, studios, and organizations.

Sketchfab makes money through its subscription-based business model, which offers users access to additional features and services such as increased storage and upload limits, custom domains, and advanced analytics. Sketchfab also generates revenue through partnerships with organizations and companies that use its platform to showcase and distribute 3D content. Sketchfab is a Diamond sponsor of the Blender Development Fund.

Spread the word about Blender

Tell your friends, colleagues, and anyone else interested in 3D modeling and animation about Blender and all the amazing things it can do. The more people know about it, the more support and interest it will generate.

Blender is an absolute gift to the 3D modeling and animation community. By donating to the Blender Development Fund, using services that support the fund, spreading the word about Blender, or contributing to the community, any Blender Artist can be a part of the history of Blender in helping ensure that Blender continues to improve and thrive. 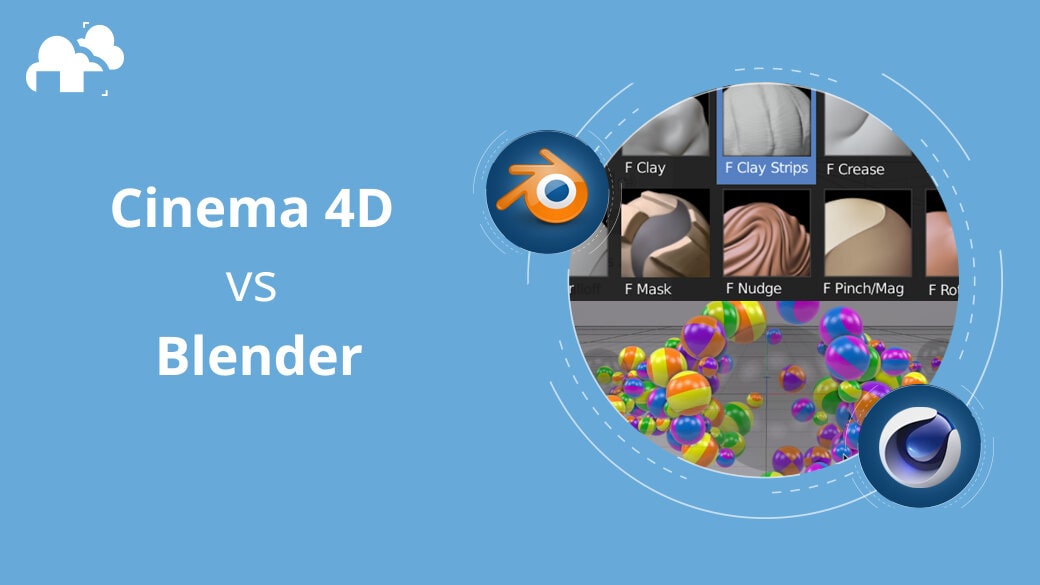 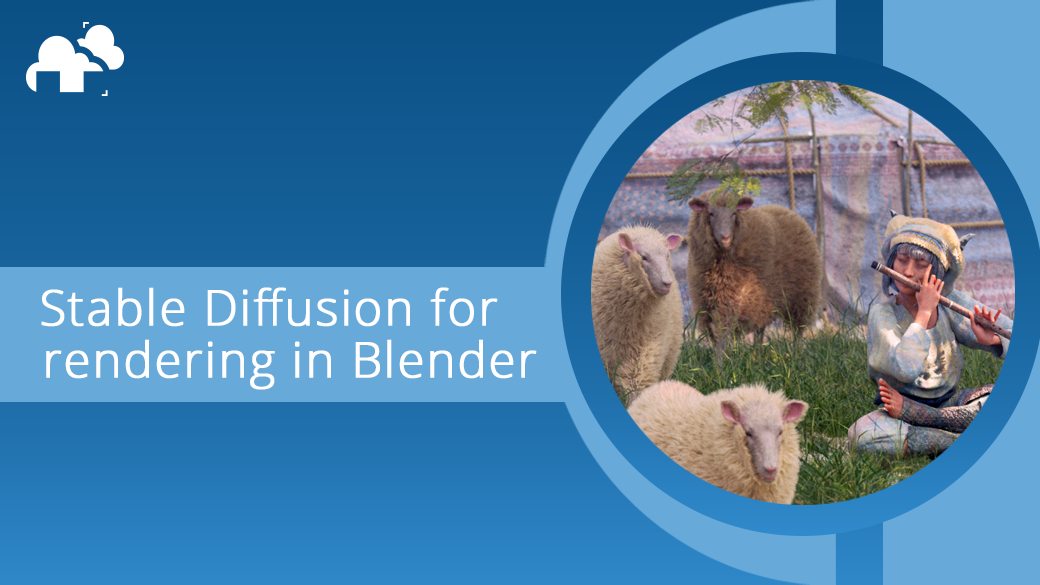 Stable Diffusion for rendering in Blender

AI for CG artists is a two-edged sword, but it sure is helpful in conceptualizing designs! In this article, we'll go over an exciting new addon to help you generate some Blender render ideas!