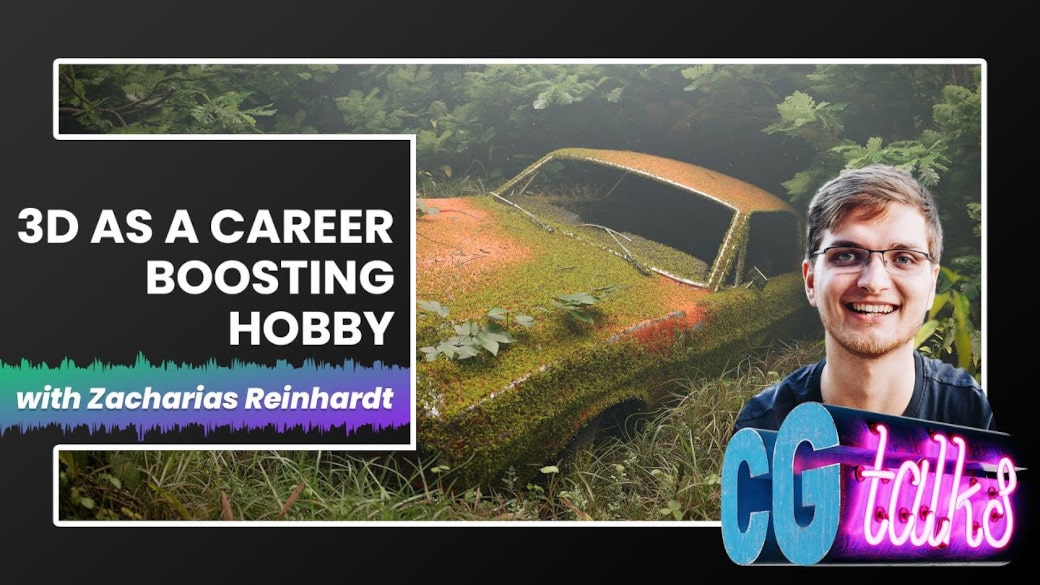 This time we had an opportunity to talk with Zacharias Reinhardt - a 3d Artist, tutor, YouTuber, entrepreneur and founder of CG Boost, an educational platform for 3d artists that want to boost their Blender 3d skills. If you are a 3d artist and haven’t heard of Zach yet, you probably might have stumbled upon online competitions/challenges such as weeklycgchallenge.com or SculptJanuary - Zach is the person behind these events.

Zacharias describes his 3d adventure since his early high school years when he started doing fun VFX shots for homemade Sci-fi short films he made with his older brother, one of these turned out not so short - it was an hour-long! Back then he first stumbled upon Blender which he later replaced with Cinema 4d. Once Zach started to get into more serious paid 3d jobs, he was again allured to Blender due to it being free and open source and it seemed to allow for similar functionality as C4D. Zach says he never regretted that choice. His Blender adventure soon led him to create some YouTube tutorials which had some success. This encouraged him to create educational videos he then sold on DVDs - does anyone still remember those ancient times?! All of this along with impressive artistic skill growth over the years resulted in a quite bold and highly successful launch of CG Boost which encompasses all of Zach’s endeavors.