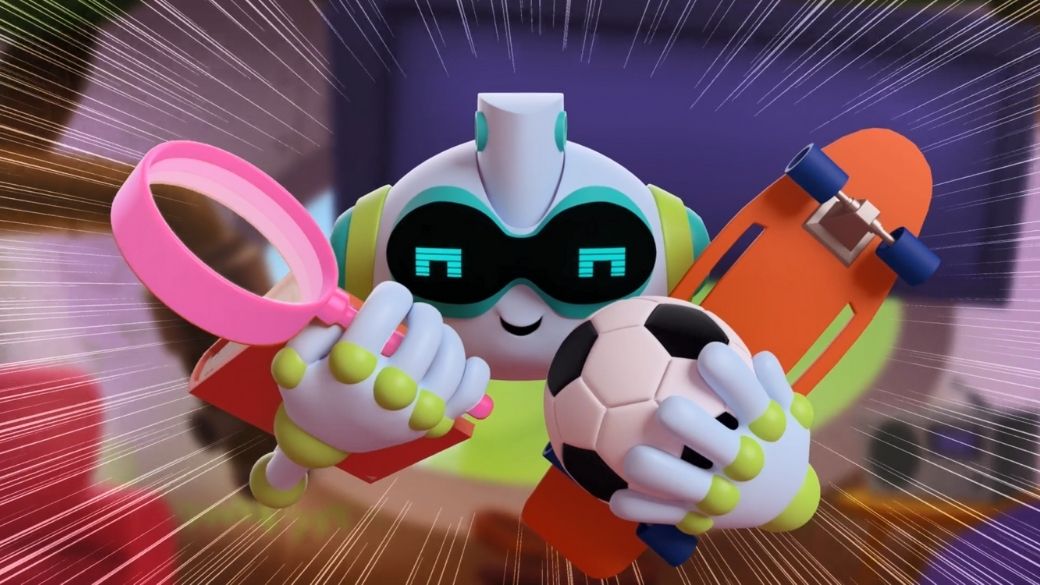 ‍Wild Bunch Studio is a South American animation company located in Santiago, Chile. A studio that was created by three friends back in 2012, now employs 14 people and is expanding its reach to international markets. They specialize in character animation and content creation, and now are very serious about creating their own children’s TV show that hopefully (fingers crossed) will get recognized by large broadcasters such as Disney or Cartoon Network.

We sit down with Simon Barrionuevo, CEO and animation director, to talk about his career and Wild Bunch Studio’s work. We learn about Simon’s motivation behind starting his own studio, combining 2D and 3D, kicking ass in Taekwondo, and his experience with using our render farm.

I’m an animator and the CEO of Wild Bunch Studio, a 2D and 3D animation company.

Could you tell us more about your studio?

We created the company in 2012. Between 2012 and 2014 we only were 3 partners. Then, between 2014 and 2015 we grew and now we are 14 people. We do a lot of things, as a service company we do mostly character design and animation. Our biggest client has been Discovery Kids Latin American television channel. We created the character design for the opening of the show Hi 5 Fiesta. But, most of the time we create content, we have 8 TV shows in development right now. We also are learning how to do co-productions, how to raise the budgets and stuff like that. We are currently in talks with certain Chinese companies to co-produce our own show called Discovery Time. Also, we’re trying to partner up with a producer from Hong Kong to make a Feature Film. We are a small company, but if this show goes well, we should get bigger in the near future.

What are your hobbies? What do you do in your free time?

Sports. I was once in the national team for handball, also I trained Taekwondo for 5 years. All of my school friends are black belts. And even one of them is the youngest black belt in Chile with a special permission from Korea (he was black belt at ten years old!! And second Dan in his 17 :o ).

I started in 2005 after 4 years at an Animation Institute. I learned in paper, then a pass to digital and after 8 years doing 2D shows and advertising, with 3 animators friends we created Wild Bunch Studio with the idea to go international… with the big dream of making our own IP and doing business with big broadcasters as Disney or CN. After 8 years doing 2D, I learned CG for a job.

We created the Company in 2012 but we had no movement as a company till 2013. We had no idea how to manage the company and my partners have no other skill than doing animation, so I had to learn the executive and business side of it.

When we started doing our own IP we started in CG because we realized that we needed to be able to do everything and offer whatever market was demanding. So, we learned and dominated the softwares and that’s why our CG journey started :)

What was the most challenging or fun project you ever worked on and why?

All of our own IP, including the last one we used GarageFarm.NET for.

Have you encountered any obstacles in the process of getting to your current place?

A lot! Starting a company is a big challenge in itself.

It is indeed. Why did you choose to start a business over the work as a freelancer?

Yes, we worked 8 years as freelancers, but, all those shows we worked on, none of them could reach the international success. So we decided to create WILD BUNCH STUDIO because we believed that with our talent we could accomplish what other studios weren’t able to. We are really trying hard and learning how to do it. If Discovery Time does well, it will be the first Chilean show with an international budget in its production and, potentially, the first South American-Asian co-production.

What would you like to achieve as a studio? Where do you see yourself in 5 or 10 years?

Be the fastest growing company in South America :)

Great goal to have! How competitive is the CG and VFX landscape in Chile and/or South America?

There’s a lot of competition. Brazil has a very big and strong industry. There are companies with hundreds of workers but we have good ideas and talent, so I believe that we could become a relatively similar company but in Chile, where the industry is much smaller.

What was the reason behind outsourcing a render farm for this project?

Because we don’t have the equipment. We operate in a small market and to have all the licenses and our own hardware is a big deal for us. So, that’s why don’t even try to build our own farm. We started from the idea of renting a render farm :)

How did you find GarageFarm.NET and what made you choose us among many other farms?

A friend told me about you, and I trust his word ;)

Was it Mauricio from Primitiva3D by any chance?

What’s the project you recently rendered on our farm? Tell us more about it.

Discovery Time, it is a TV show for 4 to 6 years old children where they will learn from their day to day actions. With wit and imagination, children will discover why they do the things they do and where they came from. Together with a group of friends with different abilities and capacities, accompanied by their curious robot they will discover how amazing their daily world is and how they can learn from each other while they play, sing and have fun with tons of imagination.

The show will be 26 episodes of 11 minutes. But we are trying to do 52 episodes 11 minutes each. It is in development now and we hope to soon have the budget for the production.

It is a very nice animation! Is it a totally independent show all done in-house? What inspired you to create a children’s TV show? Was there any influence for you that informed this particular style?

Thank you.. And yes, all has been made in house. The last two or three years I’d been traveling around the animation markets in the world trying to sell the content we were producing. Throught that experience I learned about the international business and I came to realization that 3D shows for children are the “BEST SELLERS” so we decided to create our own show for children doing a mix of 2D and 3D. It is something to comes naturally for us I think…and we have some french influence I believe.

What would you say was the most challenging aspect, overall, of creating this show so far?

The convergence of 2D and 3D elements, the rigging and the integration of our pipeline with the render farm, which wasn’t easy initially but we worked it out together with the guys at GarageFarm.NET.

What was the reason behind combining 2D and 3D rather than going full 3D?

It’s a thing of style. We love that mix. (and also it is cheaper :P haha ) All the backgrounds are 2D and all the props are 3D with 2D shader. And all the characters are full CG.

Can you tell us more about the software used, total frames, render times, complexity etc.?

I can’t remember right now, but is not that complex. At some point, we didn’t know why the renders came out wrong when rendered on a network but GarageFarm.NET support got it resolved for us.

We used Maya with a script called Shapes, all the characters were made in Maya and Zbrush. The rigging and all the animation were made in Maya, too. We used V-Ray for the rendering and After Effects for the compositing. Photoshop for the 2D BG.

Here’s the video of the head rigging used for all the characters.

Have you ever used any other commercial farms or have experience with your own farm?

Nope, you are my very first time :$

What was your initial impression or thoughts, when first started working with us? Has that changed in any way over time?

My first impression was awesome! After issues with certain scenes, even though the expectation was down, we were willing to keep working with you since your team was very supportive and helpful. They always tried their best and offered solutions to problems.

Hahahaha! A lot of entire night suffering waiting the renders? :)

Where can people find you on social media?

Anything else you would like to add? A plug, any request?

Nothing, only that I hope to keep working with you guys.