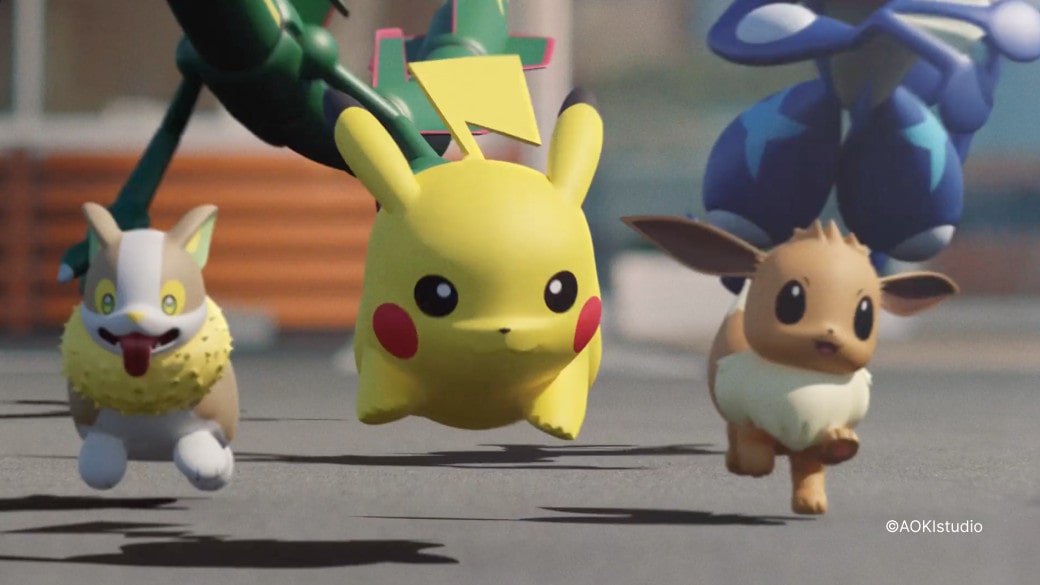 From archviz to kid’s shows: The wonderful and unlikely 3D journey of the brothers Defaye

AOKIstudio is founded by Olivier and Christophe Defaye, two brothers from France who studied architecture and got their start in 3D by creating renders for their own architectural designs. But how do trained architects go from creating this:

The short answer…well, there’s no short answer. Their story is a journey that spans over 7,000 miles, 3 cities in 2 continents, with many twists and turns.

So we already know that the Defaye brothers started as an archviz firm in Bordeaux. When they moved their studio to Paris in 2000, this was where the first twist in their story occurred. One way or another, while doing archviz work for various clients, they ended up doing some projects in the luxury sector. Their first project was for the brand Lancome, quite a leap from their architectural clients.

Doing work for Lancome and other clients in the luxury sector led to them being involved in animation work for a children’s program for TF1, a French TV channel. Olivier didn’t elaborate on how they made the leap from the luxury sector to doing a show for public broadcast but one thing was for sure: this was the point of no return. Possibilities opened up for the Defaye brothers and there was no looking back. This is their first animation for TF1:

All this happened within the span of just a year. After they had just made a leap in terms of the work they do, they decided to make another one. In 2001, Olivier and Christophe decided to open a studio in Tokyo. Remember, just a little over a year ago, these two artists had been solely doing architectural renders. Now they were doing character designs, animation, even some writing. Just as they were getting a handle on these new skills, they then decided to fly over 6,000 miles and open a new studio in a city where they don’t speak the language.

The Defaye brothers are different.

In Tokyo they named their studio AOKI, meaning blue tree in Japanese. And like a tree, the nature of their projects branched out into various directions. This was where they encountered some of their most challenging projects.

This one here, a commercial for a bottled water brand from over 10 years ago, gave them headaches with rendering. The project involved hundreds of transparent bottles of water and this meant caustics. Caustics are light that passes through a diffusing surface and usually spell hell for 3D artists come rendering time (if you want to understand better what rendering is, you can read our article about how render farms work). But Olivier and Christophe were not ones to back down from a challenge and so they solved it and came up with this delightful commercial:

Here was another challenge for the budding AOKIstudio: a giant dragon ship flying across the sky. Unlike the bottled water commercial, the problem wasn’t complicated lighting algorithms. For this one, it was the ship’s sheer size. It simply took a long time to render:

Speaking of long render times, this was the main reason that AOKIstudio enlisted the help of an online render service. Some time ago, AOKIstudio was tapped by NHK, Japan’s main public broadcasting channel, to create a full CG animated historical movie in 4K. It sounds like an exciting project, but the ultra-high resolution combined with the high standard of excellence that the Japanese demand in anything sounds more like a nightmare for the 3D artists.

“It was really interesting to work with historians to recreate Osaka castle with the environment,” said Olivier. “[But] 4K rendering can’t be done in our company.”

The Defayes discovered our render farm quite randomly, actually. “I entered a link from the Corona render Website out of curiosity,” said Olivier. “I chatted with a member of your team, I could feel the British humor in that chat, and I really appreciated the contact.”

This is yet another win  for GarageFarm’s 24/7 support team. “Your chat team is great, really reactive, really kind. I can’t wait to put my next project on the farm,” said Olivier.

Our support team may have gotten Oliver and Christophe to start using our online rendering services but it was our rendering speeds that got them to stay. In commercial projects, like this one they did for the video game Pokemon GO, Olivier said that having access to fast rendering speed is important due to the nature of getting approvals from clients.

“What's complicated in advertising is that clients need to be able to intervene on the project as late as possible,” said Olivier. “In this sense, the use of the farm becomes indispensable.”

In 2007, Olivier and Christophe decided to close their Paris studio and open a new one in Shanghai. They still have their home in Paris and so they do a lot of online collaboration when working, using platforms like Dropbox, Skype, and GarageFarm to get things done. So when the pandemic happened, working remotely wasn’t new to AOKIstudio.

Yet another proof of how different the Defaye brothers are, always a step ahead of the pack.

What’s next for AOKIstudio? Based on their history, it is not easy to tell. They could suddenly create NFT art just as easily as they could decide to develop their own video game franchise. But right now, aside from the commercial and film projects currently in the studio’s pipeline, Olivier is focusing on children’s films. He believes that there’s a lot that can be done for children so much so that he started a blog about it. If you, like us, are intrigued by what they’ll do next, keep an eye on their website and their Facebook page.