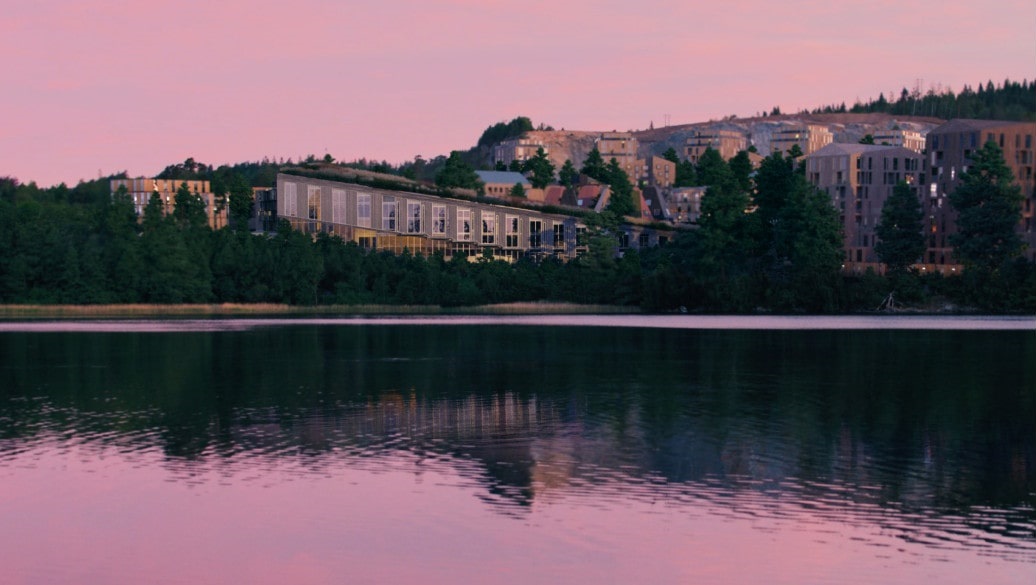 Architect-turned-archviz artist Lucian Racovitan--founder of  Bucharest Studio--talks to us about 3D and the beauty of figuring things out for yourself.

No, that’s not a photo. That’s a 3D render by Lucian Racovitan, founder of Bucharest Studio, an architectural visualization firm based in Romania. Lucian’s works are often so mesmerizingly photorealistic that anyone viewing them would understandably assume that they are crafted by someone who has dedicated all his life, from teenhood to adulthood, to 3D excellence.

But that is not the case. Lucian may be a 3D expert now (perhaps even a master) but he did not plan to be one. Lucian is an architect by training and he plied his architectural chops for at least a decade in different places across the globe (Japan, Abu Dhabi, Copenhagen) before he shifted to 3D visualization full-time.

The story of how he got started with 3D was more comedy than legend: back when he was still working for an architectural firm, his colleagues assigned him to do 3D rendering tasks not because he had the skills (he had none) or experience (he also had none) or even a liking for it (he didn’t, at least not at first) but because he had the looks for it. “The guys in the office looked at me and thought maybe I looked cool with my cool glasses and my cool music and said ‘Hey, maybe he can do 3D,’” said Lucian.

Reluctant though he may be in the beginning, Lucian grew to love creating 3D renders. “Rendering is a form of self-expression and it feels glorious,” said Lucian.

Needless to say, Lucian’s architectural background definitely helps him with his 3D projects. The architectural design has a huge effect on the render primarily because curves, lines, and materials greatly affect how light behaves. And when it comes to 3D rendering, light is everything. For example: if you have a straight glass window and there’s a tree in front of it, it will only reflect the tree. But if you have a curved glass window, it will reflect other objects in the environment and you have to deal with that. Now you have to model more details in the exterior. “Doing a complex render is worth it,” said Lucian. The cool office kid has come a long way.

For someone who produces stunningly beautiful 3D visuals, Lucian has a unique perspective when it comes to appreciating his works. For Lucian, just because a design is very complex structurally doesn’t necessarily mean that its 3D render is superior. For him, every render has its own needs and as an artist, you service that need. A render of a normal car park can appeal to Lucian as much as his render of a proposal for the Shenzhen Opera House does because he understands and appreciates the technicalities, the decisions, and the process that went into even a relatively simpler render like a car park.

For Lucian, regardless of the brief, you can always find something you can like about a project, even if you don’t necessarily like it aesthetically. “We don’t like all projects equally, but we love the renderings that we do for it. Not all projects are aesthetically pleasing but you can find an aspect of the project that you can like. Like, it may be good for the community,” said Lucian.

Speaking of aesthetics, it’s surprising what Lucian finds to be the key in creating outstanding 3D renders. It’s not meticulous models, or fancy textures, or advanced lighting algorithms. For Lucian, the key to a realistic, natural-looking 3D render is white balance.

“It can make or break an image. Someone can whip up a simple render in 15 minutes but because they know how to control the white balance, they can make it look quite realistic and beautiful. White balance is in the camera, it’s easy to set. It may be overlooked but it’s very important,” said Lucian. He may be an architect by training and an archviz artist by experience but Lucian definitely has the eyes of a photographer.

With such outstanding output for multiple clients, you’d think Lucian must have a special, proprietary way of optimizing scenes and processes in order for renders to be completed more efficiently. Again, Lucian surprises. Because he has never worked for an archviz firm before setting up his own, Lucian and his team has always had to figure things out on their own. “We don’t know if what we’re doing is right. It could be that everything that we’re doing is wrong. But because I can’t compare our process with anything else, I don’t know if any of our stuff is optimized,” said Lucian.

In modeling, texturing, animation and other aspects of 3D design, yes, Lucian and his crew have always had to figure things out on their own. But when it comes to rendering, Lucian has always had help when rendering with our render farm and 24/7 support team.

“GarageFarm is f*cking great. I don’t get anything from saying this but it is simply great. Especially the 24/7 support,” said Lucian. “24/7 support is the most beautiful thing on Earth. You don’t know how liberating it is and how comforting it is to know that we are able to talk to somebody when things get clusterf*cked. That’s unbeatable.”

Lucian appreciates not just the technical skills of GarageFarm’s 24/7 support team but also the way they genuinely connect with customers. Once, during a live chat over some rendering issue Lucian was resolving with the support team, the D2 Vienna Conference came up. “They mentioned that they’re going too and we’re going as well and they said let’s catch up over some beers there. It’s the nicest thing,” recalled Lucian.

Having a 24/7 support team of 3D experts is the key advantage that Lucian appreciates the most about rendering via a render farm. For him, it’s almost pointless to put up your own render farm. While you and your team may be able to buy all the hardware, the maintenance is just a whole other level of time, energy, and manpower investment. “It’s like deciding to be your own dentist. I don’t want to go to a dentist and fix my own teeth. It doesn’t work.”

If you’re interested in not being your own dentist and are looking to render a project with GarageFarm, you can get started with some free credits by signing up  here.

Lucian and his team mostly use 3ds Max. View more of Lucian’s work here, and here.