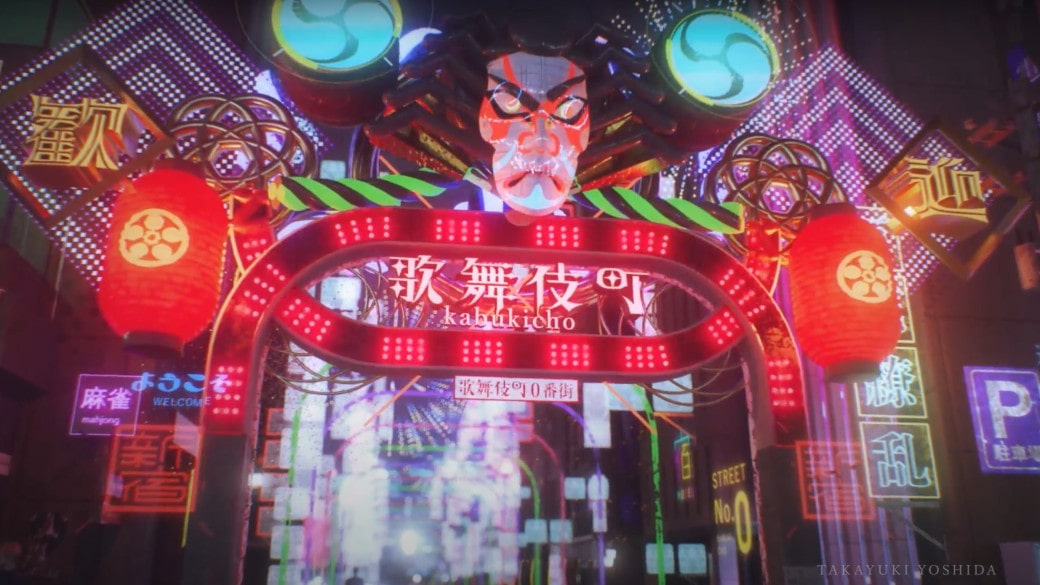 The height of motion graphics

Takayuki Yoshida is all that – and more. Just take a look at his viral piece of short animation called Tokyo New Crosswalk Style:

When this first came out, many thought it was real. I did, too. Then after realizing it wasn’t, I started to wish it was. I am sure I wasn’t alone in wishing I could jump on a plane to Tokyo and cross the street somewhere in the city where the crosswalk signal lights jump to life and the pedestrian lanes make the world look like a scene from Blade Runner 2049 or a screengrab from Cyberpunk 2077.

This is what Takayuki Yoshida does. He mixes video and motion graphics and pushes the possibilities in both mediums.

But that’s not all he does. Check out his showreel and you’ll see what I mean:

(If you need a quick and cost-efficient solution for rendering animation projects like these, check out our rendering services.)

Takayuki Yoshida is a style-bender. And as a master at the peak of his powers, the range of his output is as eclectic as they come: movies, TV programs, music videos, commercials, events, projection mapping, logo motions, and lyric videos. And as much as these projects surely tie him up, he has time and energy to put out dazzling personal projects, some of which he has started to sell as NFT art over at Superrare.

But just how did Takayuki come to develop his unique and versatile style?

How Takayuki Yoshida got started

While he was a student at the Spatial Arts Department of the Musashino Art University in Tokyo, Takayuki Yoshida involved himself with learning various art disciplines, including stage design, interior design, and even fashion. During that time, he also taught himself how to do graphic design. University was a kind of cocooning period for the budding visual artist.

Takayuki then joined a CG production company soon after graduating. It was there that he was able to begin putting all his different skills to work. Yet even there at his first job, there was a lot of self-teaching, learning by doing, and trial and error. While his role in the company mainly involved art direction, 3D and motion graphics beckoned to him. His interest in 3D and motion graphics grew so much that he started doing 3D and motion graphics even if these tasks were assigned to another specialist.

“At university, I cultivated skills related to graphics and spatial design, but when I got a job and encountered video and 3DCG, I strongly felt that I was able to acquire the skills to put them all together. It became interesting all at once because of the fusion of the two,” said Takayuki.

Jumping forward 10 years in time, Takayuki is now a full-fledged freelance motion graphics artist. From a young fresh grad dabbling in 3D and video, he is now one of the 100 Japanese Motion Graphic Creators 2022. Adobe also asked Takayuki to be a judge in their 2021 End of Year Creative Contest.

Just based on how he got started as an artist, Takayuki is not afraid to try things out and experiment. So when he got hit by a GarageFarm ad on social media, he didn’t hesitate to try out an online rendering farm for the first time.

What appealed to him right away was the ease with which he was able to set up his files for rendering on our online farm. For him, if a project takes too much time to set up, it defeats the purpose. “If the preparations and procedures for using the service take too much time, the advantages of high-speed external rendering will be lost. So the important point of render farms for me is the ease of setting that can be used easily,” said Takayuki. “[But] the procedure was simpler than I had imagined, and uploading the projects and assets required for rendering was not complicated and went smoothly.”

Takayuki also had positive words for GarageFarm’s 24/7 support. While setting up his project for rendering, he wanted to clarify something about a specific setting. And so he messaged the support staff. “I received guidance immediately, and the desired function was already implemented, so it was resolved. They checked my rendering queue settings before responding to my request, so the support was extremely helpful and I felt reassured,” said Takayuki. For a first-timer like Takayuki, that sense of reassurance was important.

Compatibility was also an important point for Takayuki when he tried rendering with GarageFarm for the first time. “I use a GPU renderer that is not standard in the software, so the compatibility with such an external renderer is also an important point when I chose,” explained Takayuki. But since GarageFarm supports both CPU and GPU rendering, everything went smoothly for Takayuki.

How smooth? Well, something that usually takes about 14 hours to render locally for Takayuki was completed in just 30 minutes with GarageFarm.

Takayuki rendered a project with quite a complex scene but even for a first-timer on the farm like him, it was no biggie. “I wanted to cherish the image of a Japanese entertainment district, where various objects are lively and glowing. I ended up with a scene with many light sources that took a long time to render,” said Takayuki. “I was able to export all frames without any major problems.”

This was the project he rendered:

His final thoughts on the service? “It is a very useful service for freelancers like me who have limited rendering resources and the number of work machines due to faster rendering and external processing,” said Takayuki. As such, Takayuki recommends GarageFarm for those who are rendering online for the first time.

Looking at some of his works featured above, you can see how Takayuki would be excited about the future of augmented reality or AR. “As glasses-type AR devices develop and AR technology becomes more familiar to our lives, I believe that the needs for video design and graphic design using AR will expand dramatically,” said Takayuki. His viral work Tokyo Crosswalk and the work he rendered with us, Shinjuku Kabukicho No.0-street, all look like AR visualizations.

As for his personal work, Takayuki is prolific in putting out personal work, usually short and dazzling pieces of animation. He’d like to continue doing this, with a slight emphasis on employing more 3D and movie techniques. “Up until now, most of my independent works have been relatively graphic design-oriented, but I would like to further improve my 3DCG and character design skills and improve my video expression skills,” said Takayuki.

The world of motion graphics and visual effects is truly made better with Takayuki Yoshida in it.