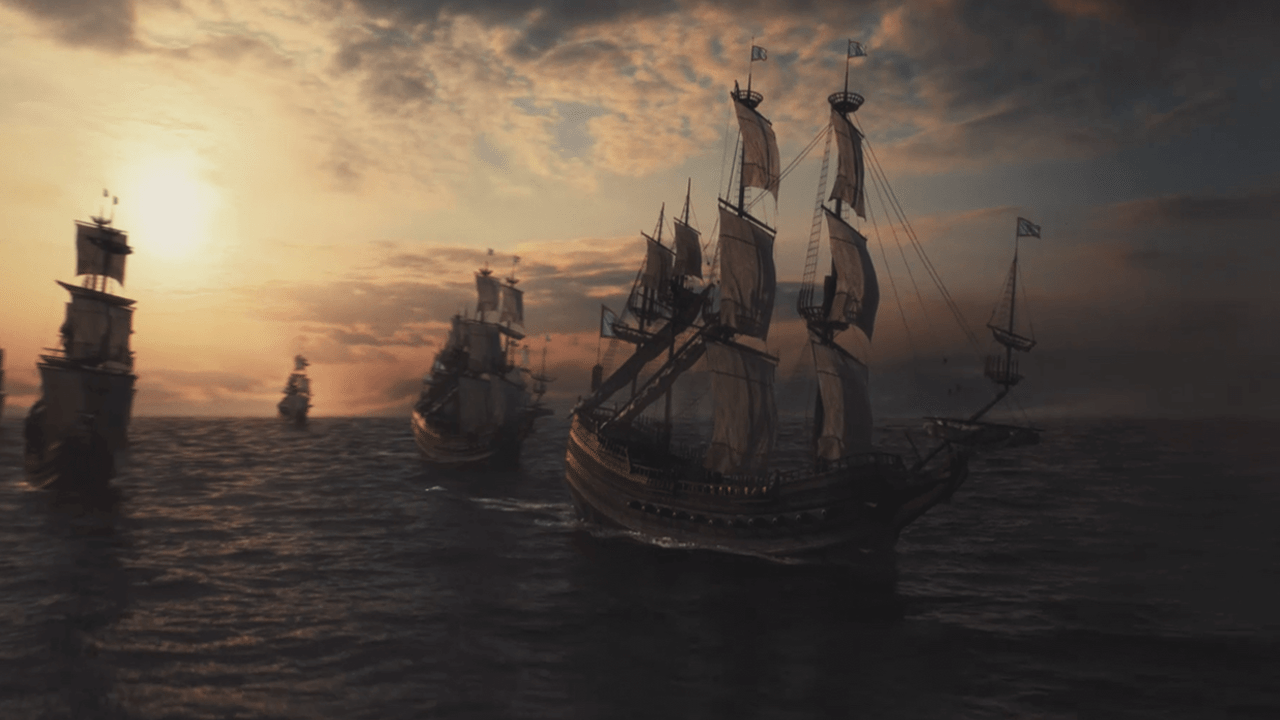 Using GarageFarm.NET is advantageous in a way that it has a team of people on support 24/7 and it’s possible to have free plugins installed in a matter of hours. We also find GarageFarm’s low priority much cheaper than Rebus’s.
PAPERBONE

In this case study we sit down with VFX and film production studio, Paperbone. We were captivated by the amazing renders they did with us and absolutely had to know more about them. Their work consists mostly of massive scenes, set extensions and comps both on and off set, and showcases their ability to handle visually complex pieces with professionalism and style. Read on, and see what we’ve learned about these talented individuals, from the scope and nature of their work, to how we were able to play a part in one of their huge projects.

Can you tell us a little about Paperbone, the team, and its location?

Our studio, Paperbone, is located in Lodz, central Poland, in the city where film has a long history. We specialize in on-set supervision and creating VFX. The size of our team is quite flexible and often changes as we mainly hire freelancers from around the world on the project by project basis. Depending on the project complexity the team could be anything between 5 and 20 people. The Lodz based team is responsible for quality control, finishing shots, and compositing. When we work on larger productions, we fly to Cairo, Egypt, where we also have a studio. Since its beginnings, the core team of Paperbone has been composed of Tomek Rozycki and Adam Rybarski who are the founders.

What’s the most challenging project your team has worked on?

Definitely the hardest was a TV series Arabian Nights. We had to composite 2400 shots with greenscreen, mostly with shallow DOF and motion blur. We managed to get the job done in only 9 months and most of it was possible thanks to developing proprietary scripts which were used by 3 teams (each composed of 1 compositor and 1 rotoscoper).

It was an astronomical amount of work. You can check out some of the shots from this TV series in our most recent showreel. You can also check out our earlier work.

We will continue doing VFX work. Also, we’re trying to develop new technology as well as better hardware and software solutions to enhance the quality and speed of work as this industry is very demanding.

Why did you decide to use a render farm to render your projects?

Definitely tight schedules and enormous scenes, some of which were 1000 frames with complex shaders and geometry. We would be fighting for long months if it weren’t for GarageFarm.NET.

How did you find GarageFarm.NET and what made you choose use among other render farms?

We’ve found GarageFarm.NET on Google ;) about 7 years ago, in 2010, while we were working on a project with a large number of Napoleon ships. Using new software we could barely optimize the scene. Fortunately, it turned out that the guy on the other side of Skype chat was not Korean but Polish (the farm was located in Korea at the time). Tom, the founder, and CEO, helped us a lot with his expertise and optimism. Thanks to him and his support we rendered the scene before the deadline and spent (although a small fortune) 1/3 of the money other render farms asked for. Also, the farm had 64 GB render nodes :)

GarageFarm.NET helped us a lot with their expertise and optimism. Thanks to their support we rendered the scene before the deadline and spent (although a small fortune) 1/3 of the money other render farms asked for.

What was the recent project you rendered with us?

This time around it was a 300 frames long set extension of Turkish Topkapi Palace in Istanbul. Besides, that majority of the 3D work in our showreels was rendered at GarageFarm.NET.

Any challenging aspects in this particular project?

Well, maybe it wasn’t a big challenge but we had to show the palace as it might have looked like in the XVI century. That means much fewer buildings and A LOT of trees. That was a killer for our in-house render farm. We managed to close the shot in just a few days thanks to using your render farm.

Can you tell us the tech specs and the typically used tools by you guys?

What we normally do is we choose software right for the given project. Because we work with numerous freelancers and different studios, we try to adapt to their software environment. Most often we use 3ds Max, Maya, and V-Ray. The Topkapi project was composed of 3 shots each 350 frames long and on average rendered 4h per frame.

Do you have your own in-house render farm and have you ever worked with other farms?

We have used Rebus a lot, which (although quite expensive) is fully automated and quite reliable. As for in-house rendering, it’s, of course, more convenient when adding additional plugins. We mostly use our computing power on small, fast renders and compositing jobs, though.  Using GarageFarm.NET is advantageous in a way that it has a team of people on support 24/7 and it’s possible to have free plugins installed in a matter of hours. We also find GarageFarm.NET’s low priority much cheaper than Rebus’s.

What were your impressions when started working with us and has anything changed since?

As we wrote earlier – the support was great! What changed? Actually, support is still very helpful but not comparable to the help we received from Tom back in the day, which is obviously understandable. When using a new software coupled with tight deadlines and the use of an external render farm, certain software and hardware compatibility issues may arise – this is when human support is essential.

Do you have any stories over the years that are worth sharing with us?

Our calendar is synchronized with the Muslim holiday of Ramadan – and it’s not a joke! Mostly we work with clients from the Middle East and thus have to finish projects before the month of fasting. We do try to do most of the tasks in Poland, but it often happens that a small team has to fly out to Egypt or Lebanon to ad hoc close shots together with the director and DOP at the location. These trips can become quite dangerous at times so they’re absolutely voluntary. In Syria, for instance, we worked a few kilometers away from the battle zone. While in Cairo we were shooting scenes in the middle of the revolution. In Beirut, on the second day, we were greeted by a huge explosion few dozen meters away from our hotel: the car with a suicide bomber took lives of a dozen people who were watching the FIFA game at the cafe. We also worked in locations that have witnessed recent wars or, even worse, are close to active minefields.

Where can people find you online?

We use Vimeo to share and showcase our work so you check out our channel at https://vimeo.com/paperbone. This is also how we often stumble upon new people to work with.

What are you working on currently and what’s coming next for you guys?