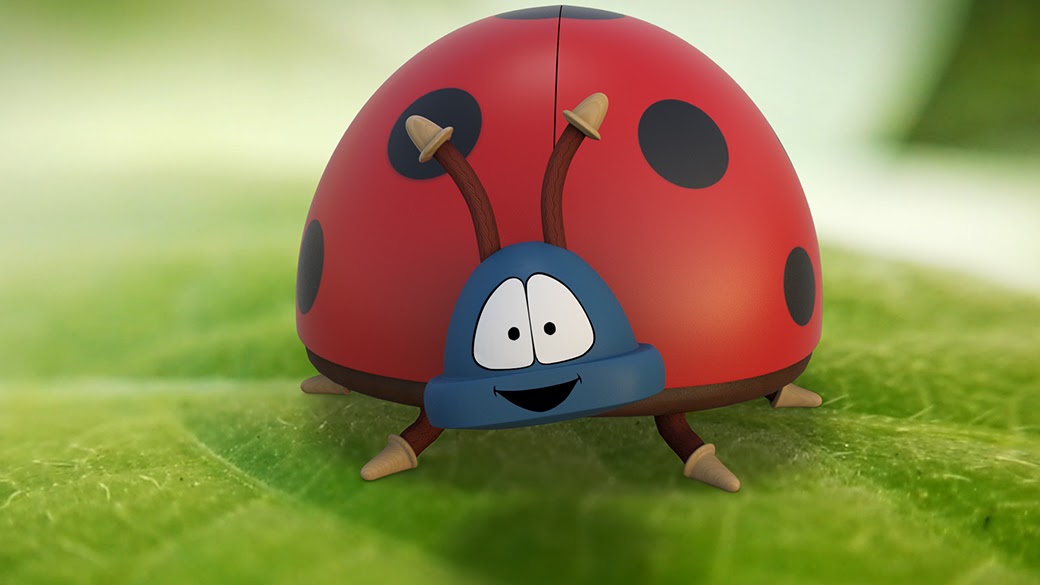 While many of us were forced to work from home in the last 12 months or so, freelance 3D artist Matt Meersbergen has been doing so for years now, to great effect. His lean and mean setup of a computer running Modo cranks out anything he needs it to when coupled with GarageFarm.NET for rendering. From product campaigns to corporate videos to character animation, Matt Meers can do it all.

Matt is based now in Brisbane, Australia but his journey with 3D started in Japan--a long way from home.  He started out creating Japanese title sequences for western movies (how fun is that?) during a time before such a thing as cloud rendering existed. All the processing work was done by the computers they had in their small studio. In the course of doing these Japanese title sequences, Matt taught himself animation. Shortly after that, he started making his own short films.

Prof. Eggtop keeps an eye on the Tesla Roadster! Animation by Matt Meers

All this tinkering led to proficiency in animation which led to a job with a large studio back home in Brisbane, Australia where he became a creative producer and, later on, director of animation. In this role he got more experience in animation, working on corporate videos and Disney animation for Disney Mobile Japan, later on giving Matt the confidence to strike solo and go freelance.

After a journey that took him over 4,000 miles spanning more than 25 years, the maestro is home.

In his home setup, Modo is his weapon of choice. A not-so-common choice. Matt often gets asked, “why Modo?” His answer? Simple. It suits him. Here’s how he tells it:

“I often get the question, why Modo? I have used Lightwave, 3D Studio Max (15 years) in the past and found that Modo (7 years) was the best to suit my creative process and the results are great, even with the default renderer. The Modo team at Foundry are continuously working to make Modo better and I often chat to them about what could be improved, which is awesome.”

Matt has used Modo so much that not only does it suit him, he can make it suit him. That’s what a great relationship with developers gets you.

Speaking of great relationships, Matt has one with GarageFarm.NET support staff, too. His chats with the team sometimes turn from resolving render issues to casually bantering about anything 3D:

“I rarely have issues with the render farm. If by some chance something is not right with a frame, I can jump onto chat and be problem solving the issues with support and 100% of the time resolve the issue! Support is also up for a short chat sometime about the industry (when we are waiting for a frame to render) and where things in the industry are heading - basically friendly and knowledgeable support!”

So in chatting with GarageFarm support staff, Matt hits two birds with one stone--resolving issues and learning new stuff!

And since Modo is not as widely used as some of the other renderers, GarageFarm’s support for it is key in Matt’s process:

“All of my work requires rendering and I had tried many cloud rendering services in the past. As I only work from my home office and Modo is my choice of 3D software, I needed to find a service that not only offered Modo, but a service with quick and friendly support. And GarageFarm was the best I found.”

As all 3D professionals experience, meeting deadlines is the bane of their existence. For Matt, the ability to choose priority levels of rendering with GarageFarm could spell the difference between keeping or breaking commitments:

“Deadlines are always important and GarageFarm doesn’t let me down. If the ‘Low’ priority is taking a while to render through, I can always adjust to Medium or High priority to get the jobs complete.”

GarageFarm helps Matt not only in meeting his deadlines but also in managing costs. Versions, iterations, and tweaks are the way of life in 3D. So the more you can minimize friction in applying modifications, the easier you can stay within budget. It only helps when you have a cost-efficient rendering ally like GarageFarm. Here’s Matt’s experience:

“My client for the cosmetics animations uses Modo in-house which really helped in working through issues and ideas for the animation (I work as a freelancer, in a home office). We would work through many iterations of renders, so using GarageFarm helped a lot in getting the renders done, at a reasonable price.”

In Matt’s experience, the budget has another impact on the animation process--it helps you know when to stop tweaking. No animation is truly ever finished; something can always be improved. But of course, you can’t keep on doing that or you’ll iterate yourself out of business. Let’s listen to Matt share his experience on this:

“New clients often need educating in the animation process and expectations need to be clear and defined at the beginning, otherwise they could be expecting PIXAR animation on a very low budget – which is impossible. I keep working on animation passes to finesse the animation. It is always hard to stop finessing animation because it can always be better, but the budget dictates when to stop. Throughout this process, I would always do test renders, whether stills or short sequences of the animation to show the client what it is looking like. To get those renders done, I use GarageFarm, which is Quick and affordable. Modo also has the ‘renderBeamer’ menu dropdown, so I can send the scenes easily, straight from Modo.”

I feel like a Ladybug animation by Matt Meers

Behind the scenes of I feel like a Ladybug

‍‍If you’re curious to see more of Matt’s work, check it out here. He has also done some tutorials on how to design using Character Box. If these videos got you wondering what Matt’s work process is like, here’s a sneak peek:

“Usually I would get an email from an existing client or a new client via my website. They would detail out what they want to ‘say’ to the public and we work out the best way to do that within their budget. If bespoke models need to be created, I would hire one of my concept illustrator friends to concept up some drawings for the client to choose from. From there if I have the time to create the models I will myself, but if time is pressing, I can hire again a modeller to create the models. I use Modo and do all the rigging of characters myself. Mostly, I use Character Box from PSoft for the main ‘skeleton’ of the character and the RMC3 (Rich Hurrey’s facial rigging) for the face rig. From there I would block out the animation to a voice guide track (if the voiceovers haven’t been recorded) and continue to work through the animation passes on the scenes, until I get to a point where I need to show the client. Once I get feedback from the client, I keep working on animation passes to finesse the animation. There is nothing worse than a client not seeing a project until the very end and not liking the result!”

There you have it. Matt is living proof that you don’t need monster setups to be a professional 3D artist. All you need are your skills, your computer, and a trusty rendering partner like GarageFarm.

If you have a project that you want to render with us, check our prices here.