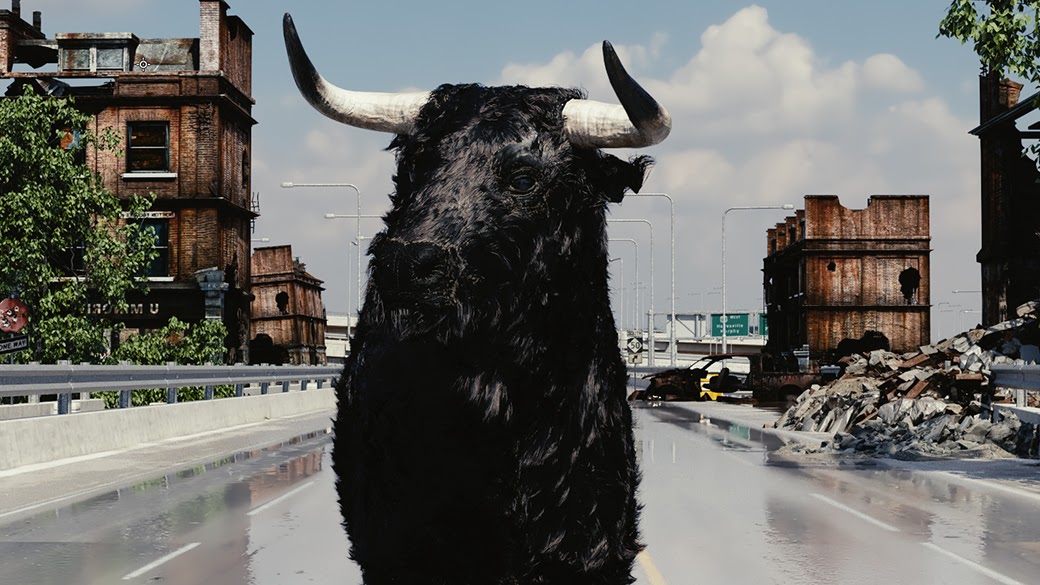 How Sam Mason brings his vision to life with GarageFarm.NET

It’s always amazing how animation can make sharing stories and ideas magical. It’s astounding how it can give life to still images and bring us to places that exist only in the creator’s imagination.

But the process of capturing those sequential, static images of inanimate objects and playing them in quick succession to mimic the real world is not that simple. One has to invest countless hours in the making, much more in rendering.

In terms of 3D rendering, an artist may also need to spend hundreds or even thousands of bucks. Rendering software solutions capable of providing high-quality output isn’t cheap after all.

In this story, we’ll take a look at how Sam Mason has finished some of his masterpieces with the help of a render farm.

But first, let us introduce Sam.

Sam Mason is an artist and filmmaker primarily working in animation. He has been based in New York for the last 10 years and now owns a small studio where he collaborates with freelancers. For bigger commercial projects, he said he is represented by Hornet.

Sam is obsessed with world-building. His inspirations are the auteurs known for creating immersive and unique worlds including Terry Gilliam, Yuri Norstein, and Jim Henson. He uses digital filmmaking to create unseen fantasy worlds. He did music videos, TV commercials, short films, and a whole lot more.

In terms of craft, Sam applies a CG style that reflects his lo-fi/hi-fi hybrid approach to creating things. He uses emerging technologies to apply textured realness to his films. He usually begins with real objects and from there, determines constraints that he can possibly work within.

“I taught myself 3D in the early 2000s and I’ve constantly been trying to make things that seem overly complicated and detailed. My commercial clients for directing work include Apple, Toyota, Facebook, Spotify, New York Times, Honda, and Coke. I’ve done music videos with folks like Sofi Tukker, Bomba Estéreo, and Future Islands. I also make record sleeves and work on bands. I’ve been recognized by the Latin Grammys, ADC Young Guns, and the D&AD awards.”

Sam Mason has been working with big brands, so you probably have seen one or two of his works. And the recognition he received just proves how outstanding he is in his chosen career.

What prompted you or your studio to employ the services of our farm?

Rendering locally makes less and less sense. In projects I can have many roles, sometimes being just a director and at other times being an entire studio with remote artists. I looked at purchasing a small render farm to use locally but the costs made no sense when cloud rendering works so well. I found GarageFarm at the perfect time when I needed a way to scale up rendering for fast-moving projects. I’ve been a customer since early 2020!

What was your experience rendering with us?

I LOVE GarageFarm. I’ve worked with you on two major projects which I don’t think would’ve been otherwise possible. GarageFarm is simply the fastest and most economic solution I’ve found for rendering. Also, the support is always there to answer questions.

In what way has our service helped your work the most?

The speed, cost, and great support. In my previous experience, other farm services had slower support, higher costs, and a more complex pipeline.

RenderBeamer is the most functional rendering app I’ve used. It’s also been very friendly to cutting-edge plugins and tools like Tyflow, Forest pack, and Corona Render.

Tell us about the projects you rendered on our farm?

The two big projects were: a fully CGI world-building music video for Future Islands, which got a Vimeo staff pick! Check it out, it’s called For Sure.

I wanted to build a world that felt photo-realistic, yet maintained a certain artful, painterly quality. Cutting it cinematically using real types of camera sequences, there’s a traditional live action feel to it. But it’s all digital. This project would have been impossible without a cost-friendly farm. The environments and sets were massive but I often had results from GarageFarm within an hour.

Future Islands For Sure - music video by Sam Mason

The video tells the story of two autonomic cars that happen to discover love in a hopeless situation in a post-apocalyptic world without humankind. Sam was inspired by the sudden calm in the streets that gripped the world during the coronavirus lockdown.

“I felt like the song called for something reacting to our time and what we’ve been going through. And my first instincts were to play off a post-apocalyptic thing, where nature had rather beautifully taken back over. I imagined this beautiful, calm world where nature came back and quickly forgot about people. But not in a dystopian way. More like an optimistic Garden of Eden.”

But how do you create a film in complete isolation while being in the middle of a lockdown? Sam loves to experiment with technical limitations so he decided to create a world entirely in CG.

"I thought of it as a futuristic way to make a film in isolation. And I think it was conceptually interesting to make something that felt like a live-action film using all these hacked together digital ways of working. Looking forward, I think more work can be done this way."

Most recently I rendered a series of Spotify commercials for Valentine’s day, 3x15 second spots. This was a great test of the farm on a more intense client project. In the end, we saved a ton of money and sped up the process of revisions.

What are you currently working on?

Busy! I have currently got a pitch for a TV show, a fashion film, several editorial pieces, and another short all in progress. You’ll be seeing all of them flow through the farm.

What developments in your industry excite you the most?

I’m just learning Houdini and finding it to be a hugely useful and incredible tool. I really hope GarageFarm picks it up as it feels like a tool that will continue to evolve in the future.

Also, NFT’s are a really interesting development in the industry. Suddenly we’re able to profit directly off our artistic work without any clients. I can see cloud rendering playing a big part in the creation of NFTs as this evolves.

What are your/ your studio’s plans for the future?

We’re moving more and more into remote working and rendering completely in the cloud. We’re expanding into interactive works, fashion, and NFT.

Where can people go to learn more about you and your work?

You can find my work in a bunch of different places, but probably best are:

Would you recommend our farm to others?

Absolutely! I have been singing GarageFarms praises to everyone and have gotten a few artists and producers on board.

If you are like Sam who wants to get the best out of 3D rendering experience, don’t hesitate to contact GarageFarm.NET.