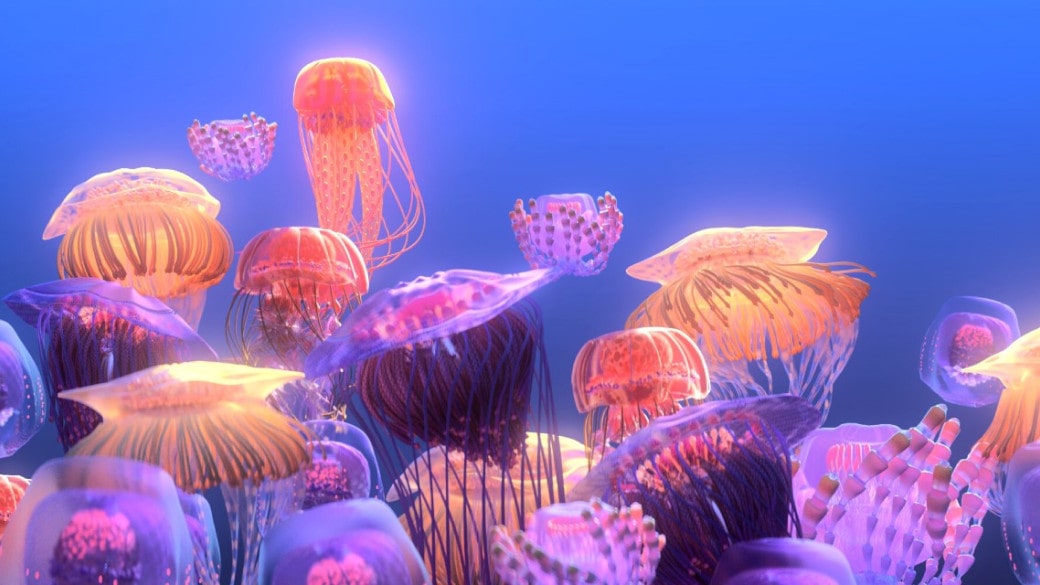 How Kenneth Robin is using Cinema 4D for Experimental MoGraph

Maxon’s Cinema 4D is used by motion graphics artists around the world to create engaging content that goes beyond typical 3D animation to merge the disciplines of art and design. C4D is a top choice for mograph artists because of its flexibility, customizability, and rapid development cycle. With each release, C4D has added more tools for artists to create engaging art with a purpose.

Today we're talking with one of those artists, Kenneth Robin, about their work in Cinema 4D and his most recent project for AT&T. Kenneth is a motion designer, 3D generalist, and typographer working out of Los Angeles, California on projects for some major clients like the BBC, BMW, and, of course, AT&T.

Kenneth started out his career in the arts as a print designer in the early 2000s in San Francisco's graffiti circles before transitioning into UI design and eventually 3D design.

I was in San Francisco designing Adidas basketball flash sites in 2006. Everything was done in Photoshop using 2D tools to make 3D-looking environments. I started learning about Cinema 4D in 2008 and found it to be a great design tool and a superior addition to my previous techniques. Soon after that, I dove headfirst into the motion design industry in Los Angeles and have been hopping around there since.

Because of his background, Kenneth's work is heavily influenced by typography, the world of graffiti, and what he calls 'Happy Accidents.'

Graffiti, the Search System blog, and Caravaggio are some of my main inspiration sources. Plus, I spent lots of hours trying to turn what I hear in music into images. Nature is a huge inspiration as well. I like things that look simple but have a lot of engineering going on under the hood. A lot of my work comes from happy accidents. So you could say Happy Accidents are also a theme in my work.

I will never show most of the work I've done, and that stuff is super commercial and non-abstract. As an artist, I never really wanted to be known for that kind of work, so I only share the strange experimental things I get to do on my time off. All that weird stuff actually led to more interesting projects.

As an artist, Kenneth uses Cinema 4D for most of his work. Cinema 4D is a top choice for artists like Kenneth because of its rich feature set and easy integrations. Specifically, render engine integrations for Redshift, Octane, Arnold, and Vray and app integrations such as the one for Adobe After Effects and GarageFarm's Renderbeamer application. Cinema 4D's almost seamless After Effects integration makes perfect sense for an artist like Kenneth, who needs the ability to work jointly with typography, 3D dynamics, and motion graphics.

‍Cinema 4D is perfect for my type of workflow. It has a useful set of tools that allow a lot of flexibility within its own limitations. The features allow for easy iterations and fast ideation. Each version continues to improve upon itself, and it stays relevant and competitive in the 3D software market. There are some exciting developments in Cinema 4D R25 like scene nodes, volume modeling, and the integration of the Renderbeamer that I'm very excited about.

Better with every release new tools in Cinema 4D R25

Beyond the ever-growing feature set with every C4D release, users like Kenneth can also incorporate various C4D plugins and resources to build design projects. Including Xparticles, Turbulence FD, and assets from both Poliigon and Turbosquid. In short, Kenneth is a power user.

In addition to 3D dynamics and motion graphics, typography is present throughout Kenneth's work. The integration of typographic elements simultaneously elevates and grounds his abstract work. Because of this, he is also a pro at Adobe Illustrator.

Typography is one of the cornerstones of graphic design. A lot of the abstract 3D stuff gets too far away from the fundamentals and enters into a different realm. I like to anchor the abstractions in something everyone can relate to. It's also an unexpected angle to come from. I'm probably more attached to typography because of my beginnings as a print designer and my tinkering with graffiti lettering.

It's a massive 6k resolution video wall that plays content around the clock. The screens have such amazing resolution that you can see every single detail in the render from a far distance, so it was very important that everything was done to the highest quality.

Kenneth rendered the entire animation on our Cinema 4D render farm after initially experimenting with creating a home farm.

The scene is a single-camera continuous shot, 6k, 60fps, 3600 frames, and uses a few terabytes of alembics to pull in the geometry. It needed some scripting to render across several machines. I originally built a home farm to render an older version of the piece, but it wasn't really enough to get the job done. The team at GarageFarm was able to properly set up this extremely heavy and complex render. The RenderBeamer integration for Cinema 4D was instrumental in the success of uploading the data and downloading the final sequence. I can't thank the team enough!

As a one-man studio producing top-notch media, Kenneth said it's important that he still uses the tools and resources that a larger studio would have, including renderfarms.

I have built smaller farms in the past, but there are limitations in terms of scaling and budgets. Technology is always upgrading, so I'm unable to keep up. Render Farms are a great way to speed up a large-scale export. Something that my farm would take a month to do takes a commercial farm just a few days or less.

The future as told by Kenneth

When we asked Kenneth about what he sees in the future of the design world, he told us that he expects to see a greater shift towards interdisciplinary design focused on integrating the real world with abstract concepts.

It is already happening, but more and more, we will likely see a continued blurring of reality in clever ways blended with smart design.

Motion Graphics, like the ones Kenneth creates in Cinema 4D, are some of the best "reality blurring" art forms in the design world today. While VR and AR take the spotlight, Kenneth's work proves that it's important not to forget about the origins of today's art and design trends. MoGraph is known for being a practical, grounded, yet energetic discipline and the 3D tools that artists can now use in C4D and After Effects take that energy to the next level.

For the future, Kenneth is looking to continue working on projects and venture into the world of NFTs.

‍I want to continue to freelance and lead medium-sized teams on motion and design projects when it's appropriate.

I'd also like to start making some passive income from NFTs. I haven’t really started minting art seriously which I know is a total miss! I have the velvet shackles of the motion design industry locked around me and I’ve been trying to get free but they feel so good. A lot of my peers have encouraged me to make the leap and make a collection. I hope this is something that will happen this year.

Thanks for talking with us Kenneth! If you’d like to follow Kenneth’s work, you can check him out on his website kennethrobin.la or on Instagram @thekisblack. Kenneth’s work demonstrates what can be done in the world of experimental art with a toolset centered around Cinema 4D and aided by app integrations like Adobe After Effects and Redshift. The interdisciplinary tools needed to create experimental art pieces is often hard to come by, but Cinema 4D has clearly grown to be one of the best for integrating different art styles and methods.