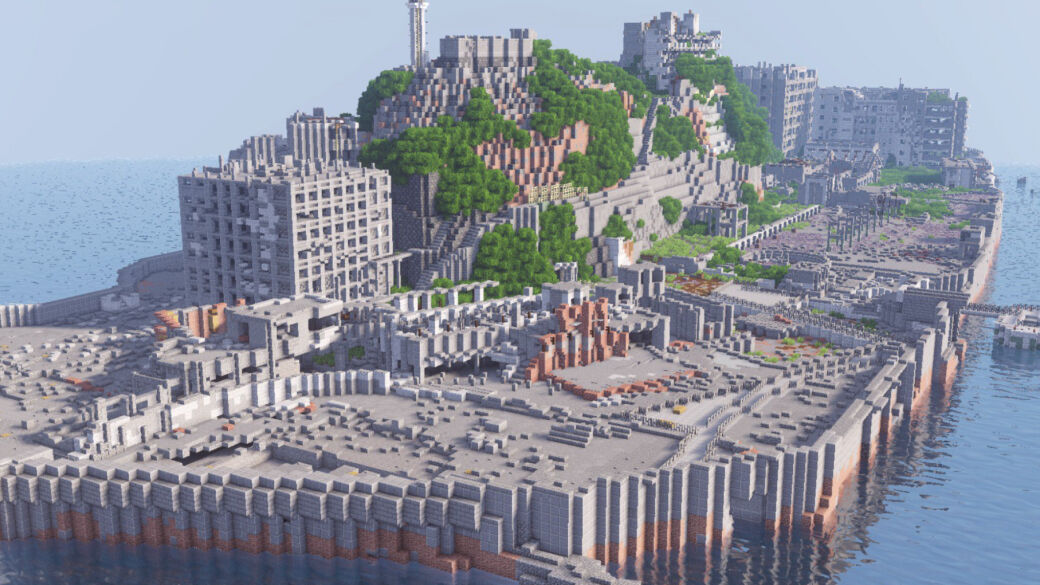 IDENCE Co. is a video and computer graphic studio based out of Tokyo that has worked on some incredible multi-faceted productions. In this article, we hear from Riku Kato about the origins of IDENCE and how they've managed to build a team of highly specialized yet cohesive creators that develop industry-leading advertisements and video projects. We’ve had the pleasure of having Riku over at our Cinema 4D render farm, where he rendered the frames for the final sequence of his project.

Riku is a 3D/CG creator working with IDENCE to contract work for video and commercial production. Riku's love for Minecraft, like many of us, opened the door for his career in computer graphics at a young age as he began to grow in notoriety through his designs created in Minecraft.

"Although I mainly work in CG, my work has its roots in the Lego blocks I got when I was young. I have been creating things since I was very small, but when I was 12, I encountered the digital version of blocks, the game Minecraft. I loved to spend a lot of time building big buildings and kept building things well into high school. My work 'Gunkanjima, The World Heritage' attracted a lot of attention in the Minecraft community. At that time, it was featured on many TV programs and some official Minecraft events."

From there, Riku told us that his passion for 3D continued as he began to be exposed to the larger world of 3D computer graphics after moving from Kagoshima, Japan, to Keio University in Tokyo. This also laid the groundwork for the beginnings of IDENCE Co.

"At University, I was able to meet many people and work on creating projects together. One friend recommended 3D design to me. I was immediately fascinated by the high degree of freedom computer graphics gave me. And how 3D allowed me to control space as I liked while bringing in the behavior of light from the real world into the digital space. And when the current CEO of our company was in University, he set up a creative activity club and gathered people who had a passion for computer graphics."

IDENCE Co., Ltd. was launched by Riku with a group of friends he met at Keio University and soon turned into a full-service production studio. The small team of creators with their various specialties gathered in a small Tokyo office and began exchanging ideas and ways to produce high-quality work.

"Our team's strength is that our members together have all the specialized skills necessary for production such as shooting, 3D/CG, animation, music, sound effects, illustration, planning, fashion, and design. With all of these skills under one roof, we can do everything from planning to final production in-house."

Riku also told us that IDENCE was able to thrive by working directly with their clients. Most video production in Japan is managed through large advertising agencies that are great at handling large-scale projects but consume lots of resources on the production side. IDENCE works directly with their clients, enabling them to do high-quality work with a good budget without being totally consumed mentally and physically.

Inspiration from the physical world

Using the real world as inspiration is often the best approach to creating believable and inspired works, and IDENCE makes a practice of doing just that.

"Since I was little, I often would make mechanisms using gears with Lego blocks, so creating gimmicks is one of my biggest interests. I like to devise new products and devices, like the globe hand clock I made in 2021, one of my best masterpieces. As a creator, I strive to not only work through computer screens but to also actually create physical things to raise my level of understanding to create better models and more persuasive works."

Riku also mentioned that the team practices doing daily research to stay one step ahead of industry methods and designs. Despite their studio's small size, they meet for a weekly day of discussion to discuss how to use new techniques, systematize their existing methods, and exchange ideas amongst their interdisciplinary team.

Bringing a mystery to life

It's clear from IDENCE’s portfolio that they work on a wide range of projects. A recent project they worked on involved creating a set of six animations as a cohesive visual experience for a Murder Mystery party game. The goal was to create the first Japanese Murder Mystery game that uses projected images to direct visitors as they solve the mystery.

‍“The tool we used is Cinema 4D. This project may impact the industry; it was required to proceed speedily. We were in charge of space design, construction, and video production all at once, but the most distinctive feature of this project was that six independent projectors projected this screen. Since the screen layout is three-dimensional, We made an image that makes use of it. For example, a brick wall is placed facing the screen, so it feels like there is a wall in the position of the screen. In the following scenes, adjust the camera placement to make the visitors feel a deep and spacious space. As a result, we created the feeling that went from a narrow place to a wide place, which is difficult with a two-dimensional image.

To attract new customers, we especially focused on the opening video. I made a full CG image for one and a half minutes, but since it is projected on six projectors, it is necessary to render each of the six, which is a calculation that costs six times the normal rendering cost.”

"It was my first time using GarageFarm, but I was surprised at how easy it was to set up, and the rendering speed was far beyond our imaginations. We used the rendering service right before the final delivery of our project to our client. It was a few days before delivery, and I wanted to improve the quality of the render one step further, but it seemed obvious we didn't have enough time to improve on what we'd rendered locally on our studio PC.

I was a bit worried because It was my first time using GarageFarm, and we didn't have a lot of time if something went wrong. But I was surprised at how easy it was to install. It was supposed to be a complicated preparation, but the operation was completed on the web only by installing the plug-in.

Also, the support was very good. Our chat messages were promptly responded to, and we were able to deliver the project within a safe deadline. I realized after using the service that I can relax some and focus on the project before rendering without too much worry when I have support from GarageFarm."

Plans for the future

When we asked Riku about IDENCE’s plans for the future, he told us that they are interested in continuing to pursue a unique presence as a studio by incorporating technology and artistic expression. On top of that, they'd like to continue to offer useful services that utilize their team's broader abilities and interests, not limiting themselves to only video or design work.

"We would like to continue to pursue technology and expression so that we can propose the most suitable expression method to our customers without any restrictions due to technology. We're also aiming to realize a work style that is not bound by industry customs so that our creators can continue to devote themselves to creation with pleasure.

In the CG industry, I am also excited about the developments in the CG methods, tools, and expressions that are being made through the Metaverse's unique spatial composition and body theory.”

Thanks for taking the time to talk with us Riku! If you'd like to learn more about IDENCE, you can reach them on Twitter at @land_ineraf37 or visit their website at https://idence.jp