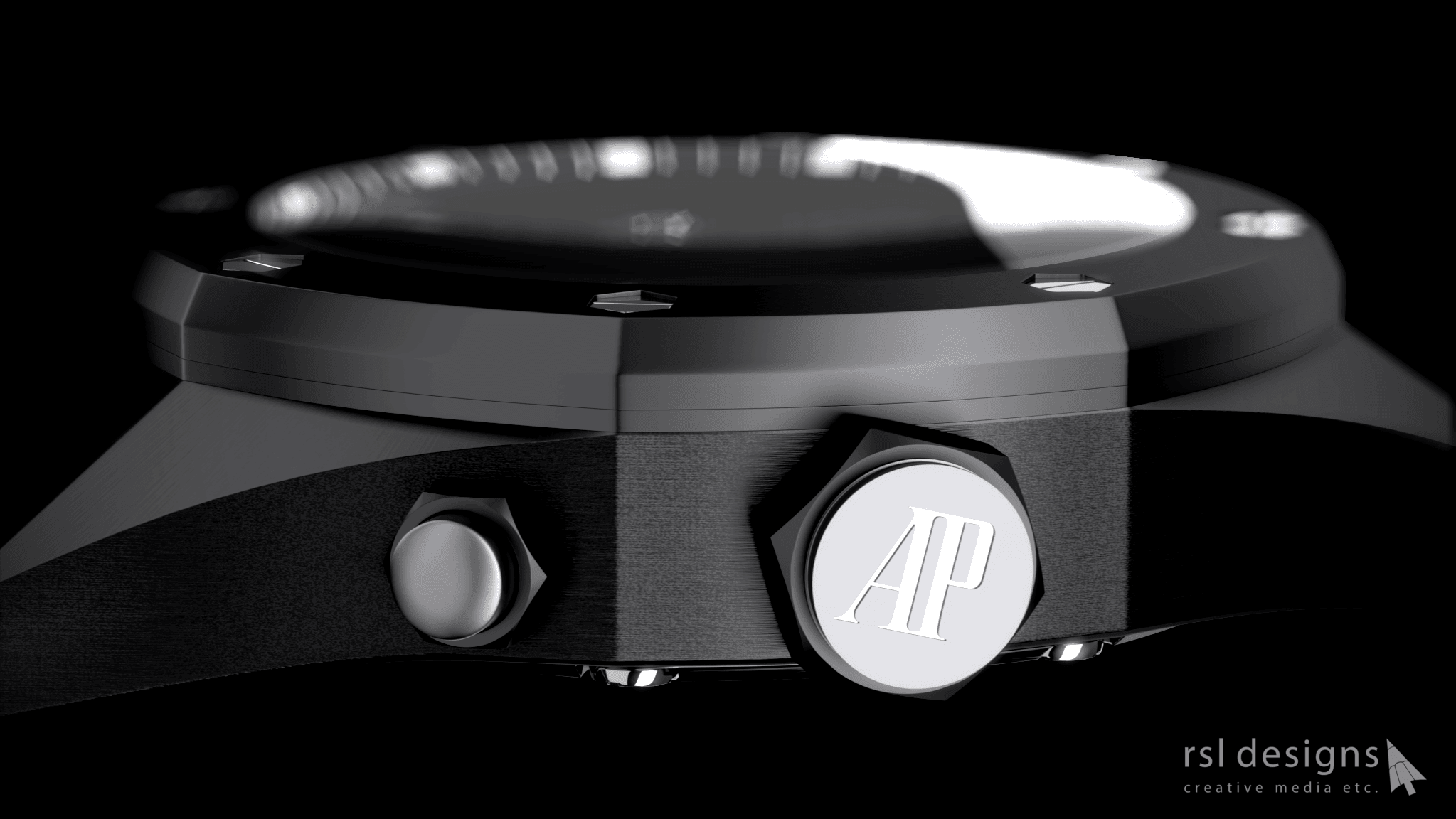 Yorkshire, England, a place where the beautiful green lands stretch across thousands of kilometers in the north is home to Norman castles and Viking heritage. Richard isn’t a Viking himself per se, but he definitely could create one. In CG that is. He lives and runs his own design company in South Yorkshire from his home office. He’s a designer, director, animator, business owner and a father. Honestly, his life pretty much revolves around CG and film, be it in a professional or personal sense. Whenever Richard gets a chance, he enjoys spending time with his children out in the fields helping them with training and coaching.

Richard speaks about his plans for coming years:

I would really like to work on a TV commercial or show. In 5 or 10 years, hopefully I’m still being able to produce quality work, visuals and animations.

When asked about GarageFarm.NET, Richard said:

Here’s the interview with Richard Lindle.

My name is Richard Lindle and I live in South Yorkshire, England.

What do you do professionally and where do you work?

I’m the Creative Media Director and founder of RSL Designs, which we run from our home office (having converted one of the larger rooms into office space). We specialise in all aspects of creative media: from graphic design, design for print and web design to 3D architectural/product visualisation, character design and animation.

What was the motivation behind starting your own studio?

The company I had worked for previously had gone into administration. So I decided the best thing to do would be to start up my own design company.

What are your hobbies and how do you spend your free time?

I tend not to do much outside of work, to be honest. I used to be heavily into Football, but I’m unable to play anymore. I do enjoy time with my children; one plays cricket for his local team and I help out with training and coaching from time to time. Other than that my wife and I have a big interest in CGI and films.

How did it all start for you in CG?

I worked in software and development for a previous company doing general marketing, web and software development. Because of my design skills they asked me to assist in a marketing campaign. It required a map of the local city… so I went looking at 3D software to assist in the construction. That’s when I first started using Lightwave. I first got into animation. I really enjoy seeing creations come to life.

CG is just a small part of what we do at RSL Designs. We choose to use CG when we feel it fits client requirements or when we want to surprise a client and give them something extra.

What was the most challenging or fun project you ever worked?

The most fun and challenging project I have ever worked on was for Alder Hey Children’s Hospital. We were required to create an animated set of characters in 3D, which would be used in both marketing and incorporated into over 30 Flash animations as 2D assets. Those animations formed part of an interactive questionnaire, which would be used on the hospital wards to gather patient feedback on service provision. The best part about the project was that all character designs and the ideas for each animation, came from the children… believe me, they have amazing imaginations.

On this page you will find pictures of all the characters, the storyboards used and how the assets were created.

At the bottom of the screen there is an embedded Flash animation (similar to the one used in the actual interactive questionnaire.

What would you say is the biggest challenge in your line of work?

I think the biggest challenge has to be constantly learning new software and staying on top of changes in your current arsenal.

Which software or a tool has given you the hardest time?

Hardest time… that’s a difficult question to answer. All software can be a pain to use when it wants to be. Lightwave has always had an easy learning curve, but can crash if pushed to the limit. But I know that Modo can be the same.

Any tools you want to get your hands on?

What would you like to achieve in the coming 5 or 10 years?

Future achievements: I would really like to work on a TV commercial or show. Where do I see myself in 5 to 10 years? Hopefully still being able to produce quality work, visuals and animations.

What are the projects you recently rendered on our farm? Tell us more about them.

An animated Christmas Ecard. This used lots of paper buildings and trees, which unfolded and popped out of the ground whilst the camera followed a paper sleigh around the village. Finally the camera pans out to reveal the client’s name and a Christmas message. That was a three day turnaround from concept to render and final comp.

Beats Wireless Headset. This was a shot showing the construction of a Beats headset. All the component parts fly in and connect to reveal the final product.

Audemars Piguet wrist watch. These were single shots that required a lot of detail and close-ups. On a single machine the render times were too long, so we outsourced to GarageFarm. We’ll be outsourcing the animated frames at some point soon.

Can you speak a little about the challenging aspects of those projects?

For the Xmas ecard, the most challenging aspect was getting the sleigh to follow a set path, whilst card pieces came up, out of the ground, to form the name of the client, just behind the path of the sleigh. We achieved this by using Spline Control for the sleigh and animated bones for the card pieces.

For the headphones, the hardest part was getting the correct look and modelling parts that you wouldn’t normally see if you were doing a standard set of product viz renders.

Can you tell us some more about the tech details?

Xmas ecard. This was a total of five different shots. Four tracking the flight of the sleigh, with the final being an aerial shot. A total of 346 frames were rendered at GarageFarm. Final comp was done in AE and Adobe Premiere.

Beats Headphones – That comprised of seven different shots, mostly tracking shots as the separate items interlinked to form the final headset. A total of 451 frames were rendered out, mostly on GarageFarm, as multi-layered EXR files (which included the depth buffer). Post effects (DOF, motion blur, colour correction) and comp were done in Fusion 7.

What was the reason behind outsourcing your work to a render farm?

Time and speed of return. We have a couple of PCs in the office, which work fine for rendering single shots (e.g. character designs, product viz, arch viz), but for animated frames, it’s just easier to outsource to GarageFarm.

How did you find GarageFarm.NET initially? When was it?

It was via an online chatroom aimed at Lightwave 3D users. A friend (Steven Scott) had recently used your services and praised the ease of which he was able to login to the GarageFarm.NET portal, upload an entire Lightwave scene and press go. I believe it was nearly 2 years ago now.

Do you have experience with any other render farms?

No. GarageFarm.NET is the first commercial farm we have used.

What were your initial impressions or thoughts, when you first started working with us?

I believe one of the first jobs I sent to GarageFarm.NET was for an animated stadium assembly. One of the shots had stadium seats falling from the sky into their final rest positions. When the test renders came back, the seats had not moved position. You were on the case straight away, even allowing me to remotely login to one of your nodes to see if we could rectify the issue. As it turned out, that was an issue with the plugin used to displace the seats and using across a network renderer. The excellent and instant technical support hasn’t changed since day one!

When the test renders came back, the seats had not moved position. You were on the case straight away, even allowing me to remotely login to one of your nodes to see if we could rectify the issue. As it turned out, that was an issue with the plugin used to displace the seats and using across a network renderer. The excellent and instant technical support hasn’t changed since day one!

We did a product shot for a client. In one of their job tenders, they wanted to show their client what a set of company branded lanyards would look like, but didn’t have any additional budget to have them produced. We modelled and rendered out a shot of the lanyard and they incorporated that into the tender document. When the MD saw this, he asked “oh, so we went ahead and produced these then?” only to be told that the product wasn’t actual real, but a CG render.

Where can people find you online and on social media?