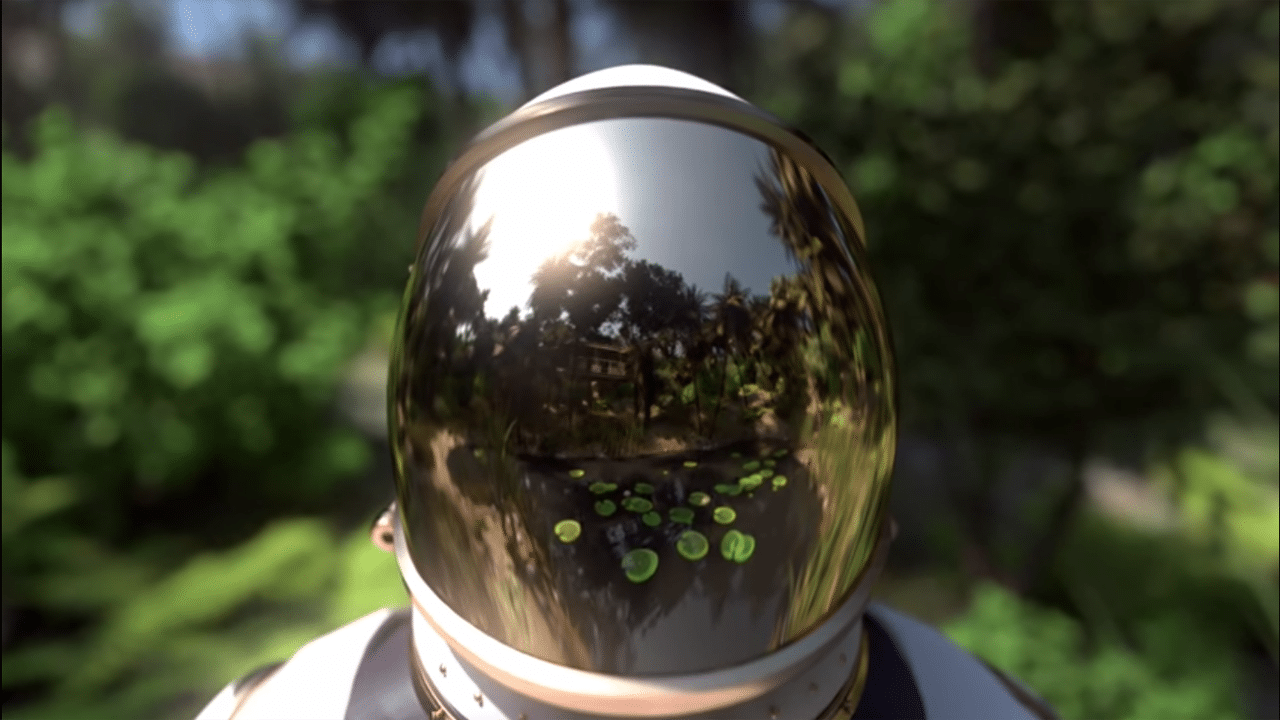 Charles Lang Follain is an Architect and long time Blender user, and has recently been featured in BlenderNation for his debut animated short “The Gardener”.

The short is a little under five minutes, and features a lone astronaut wandering through lush terrain on a distant planet. The melancholic piano accompaniment, along with the slow and deliberate camera movement give the sequence an introspective tone, silently inviting us to raise our questions about creation and solitude.

We were fortunate in reaching out to him and hearing his thoughts about The Gardener, and his experience rendering at GarageFarm.NET’s Blender render farm.

The Gardener has a very contemplative mood about it. In your description on BlenderNation, you mention that this piece was inspired by an old reflection you had. Could you share with us what that reflection was?

In 2012, the rover Curiosity landed on Mars, I followed it step by step. It’s fascinating to be able to send such a rover so far away and control it. I made a first job about it, illustrating the disappointing discovery of a symbol of contemporary architecture on Mars.

Are you a Sci-Fi enthusiast? If so, has any literature from this genre played a part in the conceptualization of this short piece?

Yes I am. Like many people I read a lot of Sci-Fi literature, I started during college reading Isaac Azimov, Arthur C. Clarke, Philip K. Dick… To me, this short is a kind of novel inspired by this universe: it is centered on a single event, including few characters with an unexpected end. The astronaut could be a human, a robot… who knows ?

You also mention that this is your first animated project, but the storytelling behind the piece is really well executed! How did you plan out the sequence?

Thank you very much ! But the truth is the whole story was an accident, I didn’t plan for the astronaut in the beginning. First I wanted to do some shoots about a treehouse in a jungle. I wanted it to take place on another planet, like in the last sequence, because I like playing with contradictions and I wanted content that raises questions. Then I realized the environment couldn’t be the subject, but the case. I drew an awful 10 sketch storyboard and tried to deal with it.

The new denoiser feature was certainly useful for this project! What are your thoughts on Blender’s direction, and the big changes that we’re seeing in the new releases?

I couldn’t have made it without the denoiser, it allowed me to stay at 300 samples with a 1280×720 resolution. Sure it’s not perfect, but it’s enough to me, I’m not a professional. I am very impressed and proud to use Blender, as it evolved so much the last past years. From the “Blender internal” to the arrival of “Cycles” render engine, and the future “Eevee” viewport, there is serious progress! More and more professionals are using it and it’s wonderful.

What were the challenges in making this piece, and how did you overcome them?

The real problem comes from the astronaut. I’ve never rigged something before, and I wanted to customize the mesh. The real one comes from Domenico d’Alisa, a talented freelance artist. I‘ve had to sculpt various new elements, and to learn how to do texture painting (first time also). Then came the rigging and I understood my first big mistake: It was so heavy that I couldn’t “see” the whole movement. I finally managed to make it lighter. In the end, all techniques I used came from tutorials made by the Blender community. Thanks to them.

Any plans for another animated short?

Why not? Maybe the astronaut has a name, maybe he is not alone, maybe he has a job and everything makes sense… He needs time.

We’re very proud to have helped you render this animation. Can you tell us a little about your experience on our farm, and what you would like to see from our service in the future?

Well, I already used render farms before, as I needed to render single frame jobs and I was not very happy about that experience. It was expensive, and I didn’t know how much it would cost before the end of the render. It’s your free testing feature that convinced me to try your service. As I had a lot a frames, the price was also very important and your service is not expensive. The live chat was effective even if I only needed to use it one time. Then the “RenderBeamer” add-on made the rest. It’s a very good job you’ve done with this program! To me it’s perfect !

You can follow Charles Lang Follain on Artstation, and on YouTube. We know we will, and we’re looking forward to seeing more of his work out there.