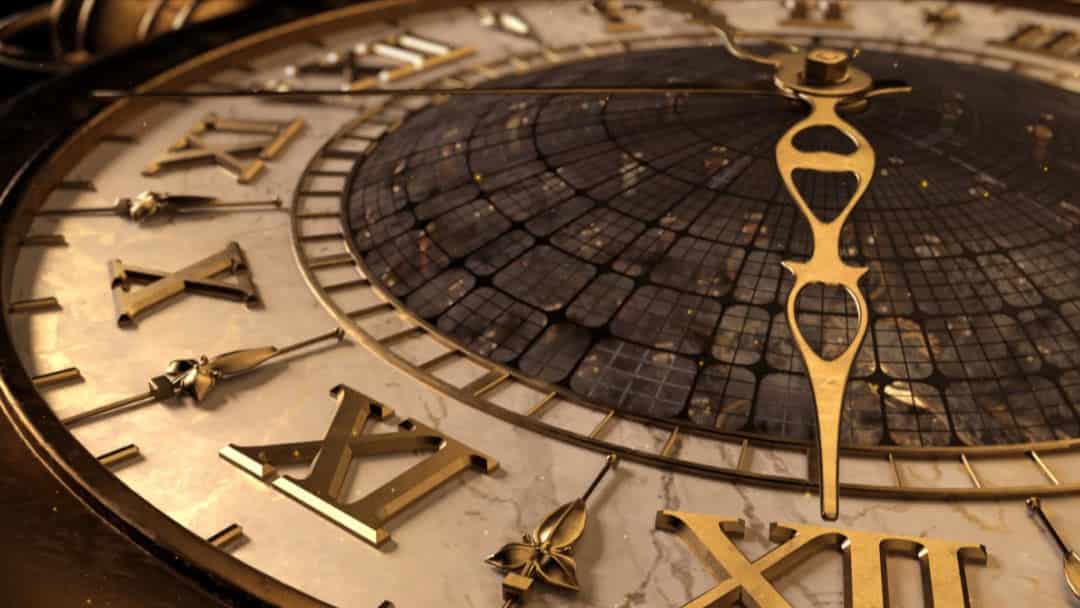 3D trio tackles the idea of time with the help of 3ds Max, V-Ray, and GarageFarm.NET

Einstein says it is one with space, forming the very fabric of our reality. Others say it is an illusion, born out of the limits of human perception.

For 3D artists Elizaveta Alexandre, Fiona Fatollah, and Dylan Doucy, time is a library that is kept in order by a cute and efficient robot that looks like a cross between a grandfather clock and BB-8. In their final project for completing their 3D studies at Haute Ecole Albert Jacquard in Belgium, this trio put all their 3D skills to the test in creating their treatise on the concept of time in their animated short film, Dawn of Time.

This trio really did not make it easy on themselves, did they? Not only did they choose the complex topic of time and time travel, they also chose a complex visual platform of their ideas--the intricate world of clocks. The elegant elevator that serves as the primary way of getting around the “library” of time is moved by gears and dials and springs, each part painstakingly modeled and animated. The moving bridge that connects the elevator to the different doors that open to different points in time is an intricate model of an iron clock hand, sliding and swiveling with the help of more gears, dials, and springs. The amount of imagination needed to create this fantastic world is astounding; the 3D chops needed to bring them to life, even more so.

And we’re still just on the film’s first scene.

The trio’s imagination and skills continue to be on display as the film’s story progresses. Our protagonist, a dutiful little robot, senses two disruptions at two different points in time and springs into action to fix it. The robot rides the elevator and enters a door that leads to what looks like ancient Egypt. In contrast to the Gothic interior of the time library, here it’s warm, sandy, and sunny. The robot searches for the cause of the temporal disruption and finds it--an object that’s “out of time.”. The robot finds a kind of futuristic device in one of the clay jars and tucks it away safely before anyone else finds it. The Tesseract-ish device didn’t belong in ancient Egypt.

The robot then goes back to the time library and goes through another door that leads to a medieval tavern. This time the vibe of the scene is properly Skyrim-ish--oak barrels lining the rough stone walls, candles lighting each wooden table. The robot finds the other half of the futuristic device it found in ancient Egypt earlier. In this scene, we get a better look at the futuristic device. We see that it’s a kind of container for some sort of mystical, glowing substance.

The film doesn’t fully explain what the device is or what it can do or how it ended up being separated across different points in time. All that was implied was that the device rightfully belongs in a futuristic lab inside the library that the robot curates. The film’s ending hints at an idea of parallel universes or multiple timelines, all coexisting in a metaverse that’s beyond time and space.

Origins of Dawn of Time

Dawn of Time is intriguing, mystifying, and beautiful. For its creators, it was an ambitious culmination of their time together in VFX school, harnessing all of their complementary skills to pull off. They wanted to stand out and the way they thought of doing it is to marry architectural visualization with storytelling. The end result: time travel through architecturally distinct places and times in history.

Dawn of Time is the trio’s graduation project--it’s only the dawn of their careers. Yet even without prior professional experience, they were able to put out commercial-grade animation. All it took was their superb 3D modeling and animation skills in 3ds Max and V-Ray, and a bit of help from our online render farm.

“It was our first time [to use GarageFarm.NET] but we would come back for the kindness of the support that responded to all of our silly questions with so much patience and kindness,'' said the trio.

Okay, so maybe a lot of help.

But despite being total newbies with GarageFarm.NET render farm, the trio figured out how render farms work and were able to render their project without much difficulty--and cost. “The [GarageFarm] app is really well done because the interface is clear and you can directly download all the final renders on your computer,” said the trio. “Other [render farms we’ve tried] were way more expensive and the render test to estimate the cost of the entire shot is really well done,” they added.

While Dawn of Time is the defining piece for the trio’s budding careers so far, for them responsive 24/7 support is the defining trait of GarageFarm. “The quick reaction of the support team and the fact that no matter how late it is you will get an answer within 5 minutes is the reason we chose GarageFarm,” they trio said.

Any work that involves 3D is complex and anything complex is bound to have issues. For the trio, the issue they encountered was problematic objects in a scene. In moments like this, having reliable support was crucial. “It was so comforting to know that if we have any problem there is someone to help directly. They can take control of the render queue or check your scene if something goes wrong. Plus, everyone is so kind and patient,” said the trio.

While the trio definitely loves the support team of GarageFarm, render speed was the primary reason they opted to render via a cloud service. And they found it. “We rendered about 1000 frames more or less with GarageFarm. Our own computer predicted something like an entire week of render but with the farm, we had all the shots done in less than 6 hours,” the trio said. “We saved so much time thanks to the farm and without it we wouldn’t have anything to show today.”

Good thing they opted for cloud rendering because Dawn of Time is a delight to watch. On the strength of this film alone, we are confident that any 3D company will be lucky to have Elizaveta, Fiona, and Dylan.

We don’t need time to tell us that.