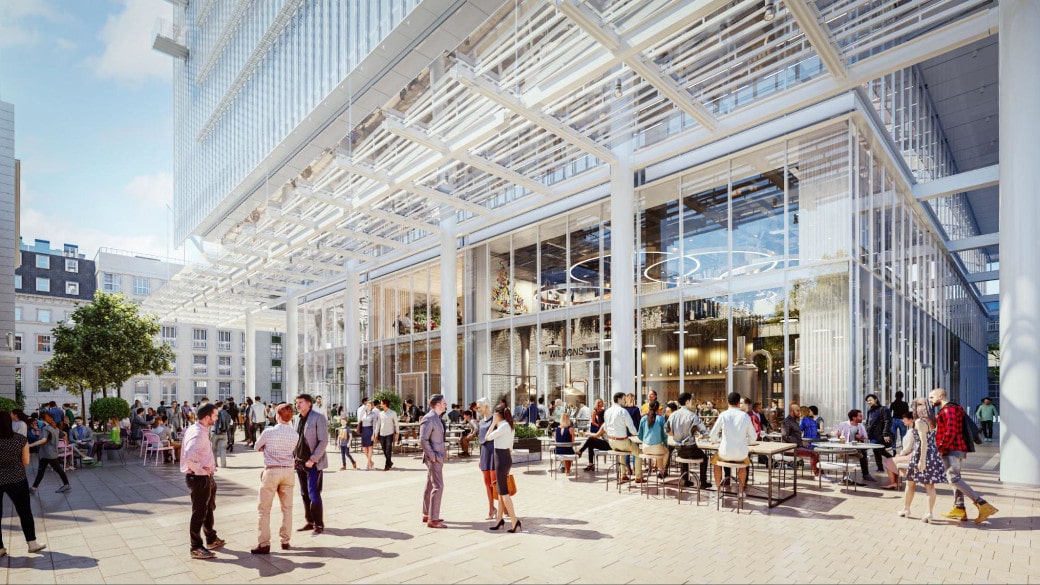 Another Artist: Building a top-tier studio through a passion for Art & Design, and how GarageFarm.NET helps meet the deadlines

Here at GarageFarm, we are always looking to showcase the incredible talent of the artists we support. We recently had the pleasure of interviewing the folks at the studio Another Artist to do just that. The studio is a long-time client of ours and has done some incredible work using on services. John Luke Hodgkins was kind enough to answer some of our questions about the studio and what they're working on. So let's dig in!

Another Artist is a visual arts studio specializing in architectural animation and product visualization. The studio was founded by John Luke Hodgkins, an Art Director from the UK with a passion for architecture, advertising, and film. Another Artist has been involved with creating digital environments for some of the world's leading visualization firms, music videos, and brands. As John puts it, "We are Designers, we are Thinkers, and we are Creatives who love making artwork." Elaborating, he told us that his goal for Another Artist is to "become the go-to studio for artists."

John currently works in the United Kingdom but has also lived and worked in Melbourne and New York. In 2021, the studio was able to achieve some incredible milestones. John told us about some of the ones he's most proud of:

John started Another Artist after working in the industry as a CG generalist, slowly moving from company work to freelancing to finally starting his own studio. According to John, starting a studio allowed him to fulfill his desire to work with a diverse range of clients and projects that simply wasn't possible working for other studios. The work speaks for itself. Another Artist's portfolio has a vast variety of projects. Everything from surrealist artwork to architectural renderings to NFTs. According to John, there aren't many project types that they haven't been involved in. This is quite obvious from their website too, which lists projects everything from art to product renders and archviz films.

Another Artist has been a long-time client of GarageFarm, using our services in some way for most of the projects and achievements listed above. John told us that the studio was prompted to use the render farm to meet deadlines and the "as fast as possible" attitude most of their clients have. The solution the farm provided meant the studio didn't need to invest in a costly, high-maintenance local rendering server, which they were at one point considering.

"At this point, I have been using GarageFarm for many years. I have rendered hundreds of stills and many full CGI films. I love the customer service you provide and how easy the software/interface is to use. The interface is extremely user-friendly and straightforward. The chat feature is always very personalized, and the team behind it is always striving to fix the issues I'm facing by explaining the best way to overcome them.

I've had no issues rendering any projects, apart from a recent one. The project that I had an issue with, currently under NDA, was showing flickering through two-thirds of the final animation. The team at GarageFarm investigated the problem for me and solved it. I re-rendered the project and was very happy with the final result."

Another Artist has used the farm for all kinds of projects, ranging from high-resolution still frames to fully CG film projects.

‍"Every project I undertake has different requirements, but I always use GarageFarm to some extent. All my films are sent solely to GarageFarm, and most stills are too. I try to streamline my process by giving myself at least five days per still and at least a month for a 1min 30sec animation. Within these deadlines, I send tests at different resolutions to the farm to help calculate costs and look for artifacts within the renders."

Journeying back to the work of Another Artist, John told us about a particularly cool project the studio worked on last year. A visualization and accompanying animation of Telsa's US charging network.

“One major project was for Building Blocks and Tesla. The design brief was for rendering the new Tesla power stations that are to be located around the United States. The brief included creating a 45-second film and additional stills of a person experiencing their Tesla's battery running low and then finding one of Tesla's charging stations. The charging station design was based on a rocket, and the brightness in the station was meant to be a symbol, as a beacon of light in the dark."

The film is a perfect demonstration of the variety of skills Another Artist has acquired up until this point. The project combined architectural visualization with vehicle rendering and complex night-time lighting.

John also had a chance to tell us about some of the projects the studio is currently working on in 2022, including some high-profile projects for some big clients.

"I am currently working on a project at Amazon HQ in Washington DC; we are working on creating art sculptures with Jeff Bezos himself. Additionally, we have been working very closely with an interior design firm, aiding their designs with photorealistic renderings so the client can sign off on their ideas. This is a celebrity client, so we can't name them. They have multiple home renovations happening simultaneously."

John said that they are also working on a large and fully CG film for a developer in London and working on two other art pieces for two clients in the United States. When we asked John about the future of his studio, Another Artist, he told us that he'd like to continue to grow his team by employing and working with more talented individuals and artists.

‍"This year, we're actually going to try and grow to have at least one other artist full-time on board. That's the goal for 2022. If we can get a third artist on board, that'll be great as well, but I think for this year, we definitely want to expand by at least another artist."

And second, of course, he said he'd like to create more artwork!